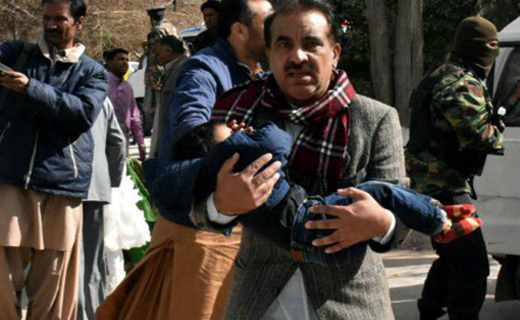 A woman was among those killed. A large contingent of police and Frontier Corps (FC) personnel have surrounded the attack site and are conducting a search operation.

A bomb disposal team is on standby.

An emergency has been declared in the city’s hospitals.

No individual or group has claimed the responsibility of the blast.

According to local officials, 8 people killed and more than 40 injured in this suicide blast. Given the large number of the injured, the death toll expected to rise.