TEHRAN, December 17 - A Palestinian activist who lost his legs in an air strike has been shot dead by Israeli troops as he protested against the US decision to recognize Jerusalem al-Quds as Israel’s ‘capital’. 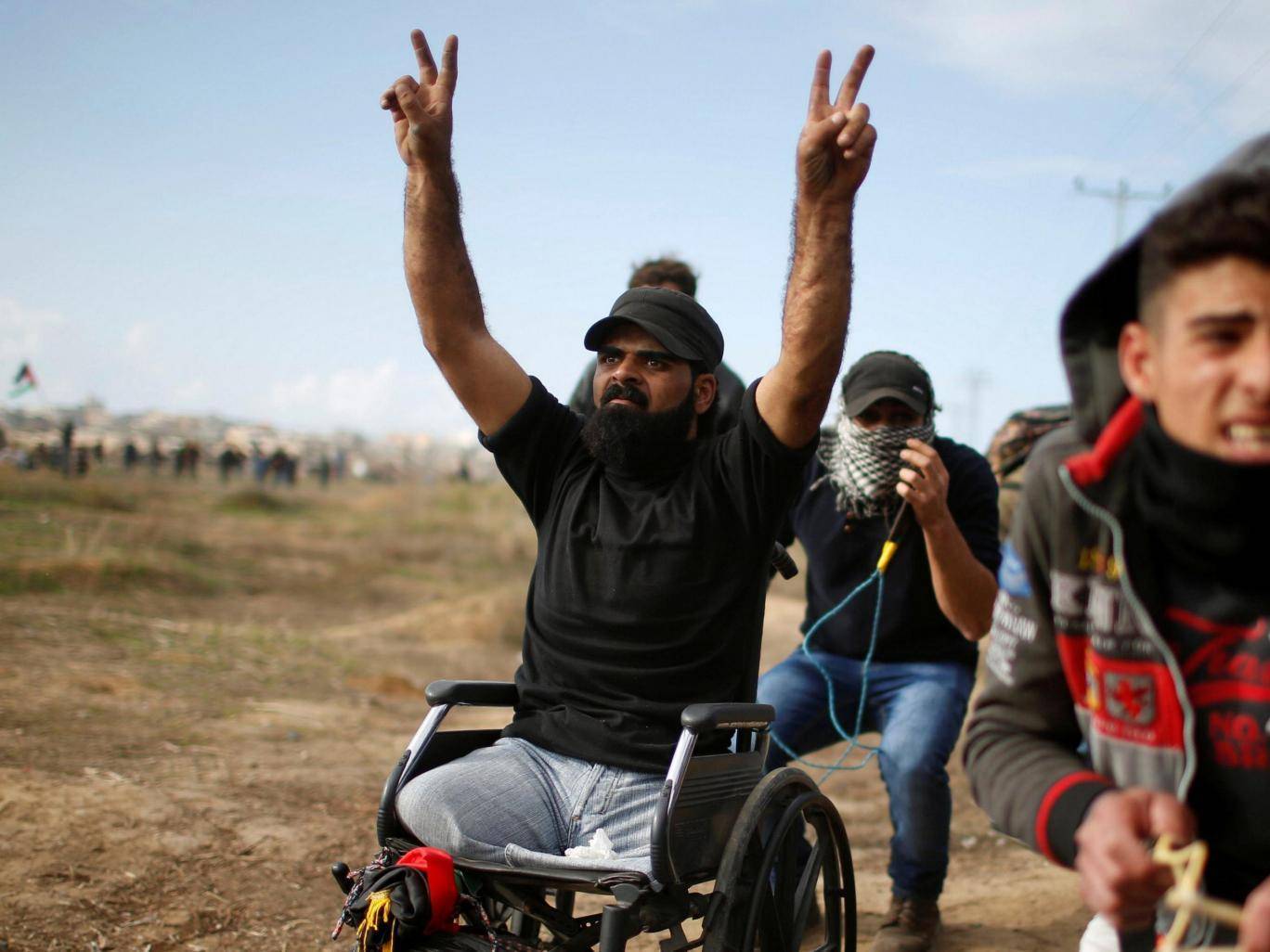 The Palestinian Authority’s health ministry said Thuraya was shot just east of Gaza City, with the Israeli army saying it opened fire on the “main instigators” of violent protests at the Gaza border. A 31-year-old, Yasser Sokhar, was killed in the same clash.

The violent protests followed the decision by US President Donald Trump earlier this month to officially recognize Jerusalem al-Quds as Israel’s ‘capital’.

Another 82 Palestinians were injured, five of them seriously, in clashes along Gaza’s border with Israel, the health ministry said.

Thuraya had lost his legs and a kidney in an air strike, according to local reports, and was regularly seen with other Palestinian activists at protests.

“He was injured in 2008 by an Israeli helicopter that targeted him after he brought down the Israeli flag and raised the Palestinian flag along the border,” his brother Samir told AFP.

“It did not stop him from demonstrating for Jerusalem (al-Quds). He went alone every day to the border.”

He is understood to have washed cars for a living and told Shehab News in 2016 he hoped one day he could go abroad to get prosthetic legs. The group Irish Friends of Palestine helped raise money for his motorized scooter, according to its website.