TEHRAN, December 17 - US President’s low approval rating has made him the least popular first-year president on record, according to an Associated Press-NORC poll. 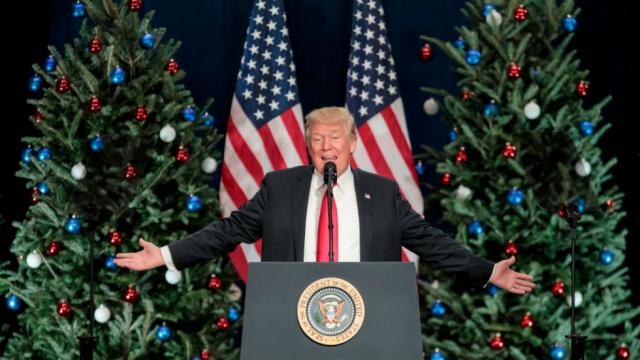 TEHRAN, Young Journalists Club (YJC) - The survey shows the president's approval rating sitting at 32 percent, while 67 percent disapprove. Trump's approval rating has remained steady in the poll from September, but is down 10 points from March.

Only three in 10 Americans polled said the U.S. is headed in the right direction, while 52 percent said the country is worse off since Trump entered office in January.

Forty-five percent of Americans polled said they did not believe that Trump has kept his campaign promises, compared to 23 percent who said he has.

The poll comes as Trump wraps up his first year as president, and is poised to deliver a major campaign promise in the form of overhauling the U.S. tax code.

The president and congressional Republicans failed twice this year to deliver on their seven-year campaign promise to repeal and replace ObamaCare.