TEHRAN, December 18 - Iranian Defense Minister Brigadier General Amir Hatami said parts of a ballistic missile that US Ambassador to the UN Nikki Haley claimed Iran delivered to Houthis in Yemen should be put at Iran’s disposal for examination. 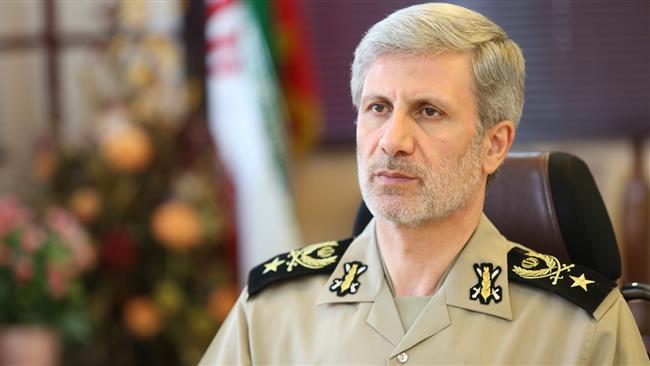 He added that Iran plans to lodge a complaint with the United Nations that part of the missile be delivered to Iran for examination.

"The enemies of the Islamic Republic can make whatever claim, but after the complaint is filed (by Iran), a part of the missile should be handed over to Iran so we can inspect it," Brigadier General Hatami said, adding that the complaint would be a transparency measure by Iran.

On Thursday, Nikki Haley went on live television to display debris purportedly from a ballistic missile that had been fired from Yemen at an airport in the Saudi capital, Riyadh. She claimed the projectile was supplied by Iran.

In reply and in a tweet earlier on Thursday, Iranian Foreign Minister Mohammad Javad Zarif had likened Haley’s speech to former US Secretary of State Colin Powell’s claim in 2003 that Iraq possessed WMD.

Powell’s 2003 speech to the UN laid out the Bush administration’s case for a war in Iraq. Powell in 2016 called the speech “a great intelligence failure”.

In a statement issued on Thursday, Iran's Ambassador to the United Nations Gholam Ali Khoshroo also rejected Haley’s claim as “baseless” and said the accusations are aimed at covering up the Saudi war crimes in Yemen with the US complicity.

Yemen’s defenseless people have been under massive attacks by a coalition led by the Saud regime for nearly three years but Riyadh has reached none of its objectives in Yemen so far.

Over 14,000 Yemenis, including thousands of women and children, have lost their lives in the deadly military campaign.