TEHRAN, December 18 - US President Donald Trump's decision to recognize Jerusalem al-Quds as Israel’s “capital" is a "blatant violation" of the Palestinian people's rights, the Palestinian Committee of the Parliamentary Union of the Organization of Islamic Cooperation Member States (PUOICM) said. 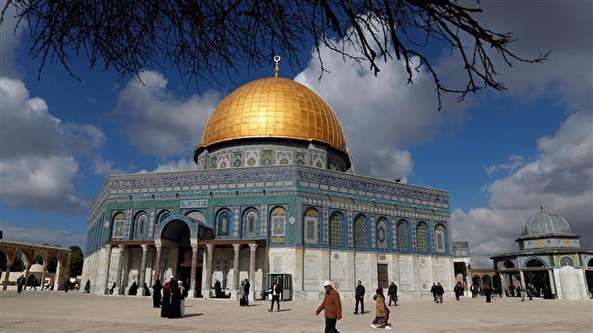 TEHRAN, Young Journalists Club (YJC) - On December 6, Trump defied global warnings and said Washington formally recognized Jerusalem al-Quds as the “capital” of Israel and would begin the process of moving its embassy to the occupied city, breaking with decades of American policy.

Trump's declaration has sent shock waves throughout the Muslim world and even prompted warnings from Washington’s allies in the West that it would bring more chaos to the region.

In a statement issued following its extraordinary meeting in the Iranian capital, Tehran, on Monday, the PUOICM's Palestinian Committee urged accelerated implementation of the Palestinian national reconciliation agreement.

Palestinian resistance movement Hamas said on October 12 it had reached a national reconciliation deal with rival party, Fatah, aimed at ending a decade-long political rift mainly over the governance of the Gaza Strip.

According to United Nations Security Council Resolution 478, adopted in 1980, all attempts by the Israeli regime to alter the character and status of Jerusalem al-Quds are null and void, PUOICM's statement added.

The participants at the meeting firmly dismissed the US president's decision on Jerusalem al-Quds, warning that it would intensify tensions in the Middle East, provoke anger among regional nations and cause more chaos.

They urged all Muslims and Arab nations to defend Jerusalem al-Quds and support the Palestinian uprising (Intifada) through every possible means.

Representatives from 57 OIC members attended an extraordinary summit in Istanbul, Turkey, on December 13 on Washington’s contentious declaration on Jerusalem al-Quds.

Jerusalem al-Quds is under Israel’s control. The international community views the regime’s grip on the eastern part of the city, which came after the Six-Day War of 1967, as illegal, and urges talks to decide the fate of the entire city in any future peace deal.