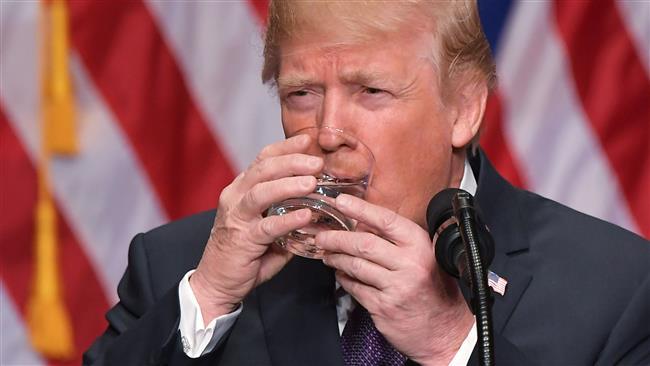 For one thing, the commander in chief attacked other superpowers, saying, "China and Russia challenge American power, influence and interests, attempting to erode American security and prosperity. They are determined to make economies less free and less fair, to grow their militaries, and to control information and data to repress their societies and expand their influence.”

Trump also showed that he is sticking to the long-held policy of accusing Russia of meddling in other countries’ political affairs, yet falling short of addressing allegations of his own collusion with the Kremlin in the 2016 presidential election.

"Through modernized forms of subversive tactics, Russia interferes in the domestic political affairs of countries around the world," read the document. "Russia uses information operations as part of its offensive cyber efforts to influence public opinion across the globe. Its influence campaigns blend covert intelligence operations and false online personas with state-funded media, third-party intermediaries, and paid social media users or 'trolls.'”

He also repeated his allegations against Iran and North Korea, claiming that they are trying to “destabilize regions, threaten Americans and our allies, and brutalize their own people.”

This is while both the regions have been suffering from decades of intrusive and aggressive US strategy, that has led to unprecedented phenomena such as Daesh (ISIL) in Iraq and Syria today.

In his national security speech, the president repeated recent reports that Russian President Vladimir Putin thanked him, asserting that the collaboration was "the way it's supposed to work."

According to Newsweek, "this foreign policy strategy is dead on arrival; it is plain impossible to execute such a strategy with a commander in chief who is neither capable of sticking to his word nor a believer in some of the document’s most important principles."