TEHRAN, December 19 - US President Donald Trump’s national security strategy has been formulated by “forces deep within the US deep state,” says Dennis Etler, an American political analyst who has a decades-long interest in international affairs. It is “simply the foreign policy of US imperialism in decline.’ 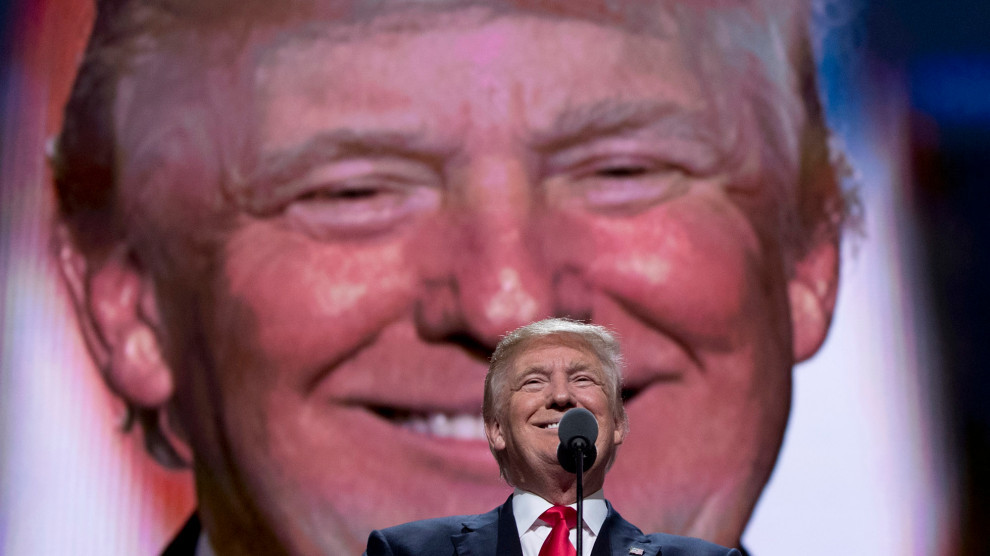 TEHRAN, Young Journalists Club (YJC) - Etler, a former professor of Anthropology at Cabrillo College in Aptos, California, made the remarks in an interview with Press TV on Monday while commenting Trump’s new strategy that envisions a world in which the United States confronts China and Russia.

“Whether we like it or not, we are engaged in a new era of competition,” Trump said during a speech meant to outline the 55-page document, drafted over the course of a year.

"China and Russia challenge American power, influence and interests, attempting to erode American security and prosperity,” he claimed, but then added, “We will attempt to build a great partnership with those and other countries.”

What is the deep state?

“Don’t be fooled by Trump’s national security strategy. It’s not his, it’s the consensus document of forces deep within the US deep state,” Professor Etler told Press TV.

“What is the deep state? It is none other than the continuing executive apparatus of the corporate capitalist/military industrial-congressional complex, national security state. While riven with factions they unite under one banner, the preservation of US global hegemony and the full-spectrum dominance of US imperialism,” he noted.

“As historic circumstances change so does the US national security strategy. Under the Clinton administration Russia was prostrate and China was still under developed. Neither posed a threat to US interests worldwide and it would have been chimeric to think they could influence US domestic affairs,” he stated.

“The neo-liberal Clintonian foreign policy, also pursued by the Obama/Clinton administration, envisioned a world in which the values of corporate and financial capitalism were deemed universal and the rules and regulations of international commerce were dictated by the US. Any deviation from the imperial system mandated and imposed upon the world by the US after WW2 and the end of the Cold War had to be confronted and destroyed by whatever means possible. This entailed a policy of subversion of sovereign states by infiltration and outright interference in their internal affairs to enlist fifth columnists and install subservient clients in power,” the analyst said.

US plans for Russia, China failed

“As regards the vanquished Russians, it meant its integration into the capitalist world order under the tutelage of the US as a neutered dependency and supplier of raw materials. To ensure Russia’s acquiescence to its subservient position NATO was expanded to include former Soviet allies in eastern and central Europe, putting the US military alliance on Russia’s doorstep,” Professor Etler said.

“China was seen as ripe for the picking of US corporations who could outsource production and in turn import the goods so produced to their great profit. No thought was given to the possible negative implications of this policy for the health of the US economy or the growth of the Chinese economy,” he stated.

“It was felt that China’s integration into the global capitalist economy dominated by the US would have a corrosive effect on Chinese institutions, undermining them to the extent that a soft coup led by US influenced economists, academics and human rights NGOs would eventually prevail, turning the PRC into another US client state,” the scholar observed.

“The neo-con national security strategy, first presented to Clinton, called for a more proactive and aggressive foreign policy. A full court press to impose US hegemony throughout the world and foreclose the possibility of any resistance. Its motto could have been borrowed from Star Trek’s Borg, ‘Your culture will adapt to service us. Resistance is futile. You will be assimilated,’ into the US empire or else,” he pointed out.

‘Project for the New American Century’

“Without any real competitor after the demise of the Soviet Union and the defeat of the specter of Communism, the US had to find a new enemy to rationalize its immense military expenditures and global military occupation. As foretold in the infamous ‘Project for the New American Century’ (PNAC) manifesto that was to become the global ‘War on Terrorism,’ which had to be manufactured and nurtured in order to sustain US imperialist global domination. This entailed the more proactive and preemptive national security strategy under the Bush administration,” Professor Etler said.

“The blowback from Bush’s wars in Iraq and Afghanistan and the financial crisis that ensued sowed the bankruptcy of the neo-con national security strategy. Obama promised an end to foreign wars and entanglements, but his campaign rhetoric was short lived and he continued a two pronged national security strategy which incorporated both neo-liberal and neo-conservative policies, which for all intents and purposes were complementary, being flip sides of the same coin,” he stated.

“Obama’s national security strategy was thus the worst of both worlds. But it is a misnomer to call it Obama’s policy, just as it was a misnomer to call it Bush’s or Clinton’s policy. The national security strategy of their administrations was the consensus policy of US imperialism during their tenures in office,” he emphasized.

“The problem with both the neo-lib and neo-con iterations of US imperialist national security strategy was the changing global balance of power. This was led by the reestablishment and expansion of both Russian and Chinese freedom of action,” the academic said.

“Russia under Putin and China under XI began to push back against US hubris and hegemony. The resurgence of Russian military power as exemplified by its support of Syrian independence and sovereignty against the onslaught of US-Israeli-Saudi backed terrorism and the explosive growth of Chinese economic power and influence exemplified by the ‘Belt and Road Initiative’ (BRI) has put the US on the defensive,” he noted.

“Hence, the growth of US nationalism epitomized by Trump’s slogan of ‘America First.’ It matters little what Trump thinks and says, he is simply a useful idiot of the Imperialist interests of the deep state as it enters a new historic period in which it is more and more on the defensive and must reassert its prerogatives in order to maintain its dominance,” he said.

The Trump national security strategy is simply the foreign policy of US imperialism in decline in which it finds itself in an existential crisis brought on by the rise of China, Russia and the looming alliance of free and sovereign nations in opposition to the death culture of US imperialism,” the commentator concluded.

Share to
Related News
China remains largest buyer of US debt amid Trump trade war and Japan sells off
US dollar crashes to 3yr lows against major currencies
Pershing Square, Valeant asked to appear for hearing on insider trading suit
Trump signals US may expand use of nuclear weapons
Tags
US ، US national security ، Dennis Etler
Your Comment