US main architect of Saudi military aggression on Yemen: Houthi

TEHRAN, December 19 - The leader of Yemen’s Houthi Ansarullah movement has strongly condemned the ongoing Saudi Arabia’s devastating aerial bombardment campaign against his country, blaming the United States as the main architect of the atrocious military aggression. 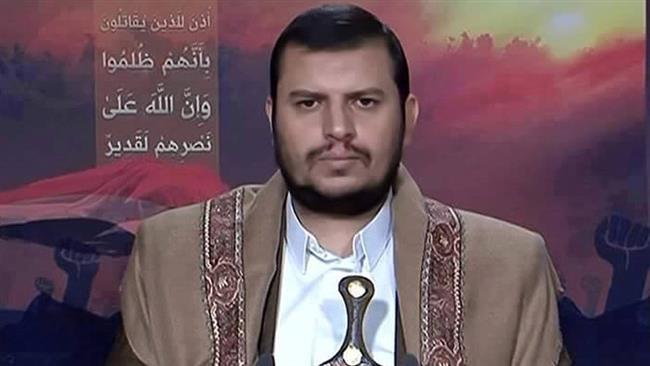 TEHRAN, Young Journalists Club (YJC) - Addressing his supporters via a televised speech broadcast live from the Yemeni capital city of Sana’a on Tuesday evening, Abdul Malik Badreddin al-Houthi stated that the Riyadh regime has made use of all available means in its attacks against the Yemeni nation.

“Civilian and religious sites have been targeted in Yemen within the three years of Saudi war. The Saudi regime does not shy from pounding anything which has to do with Yemen,” he said.

The Ansarullah leader added that the Saudi aerial assaults against funeral processions in Yemen conclusively prove the inhumane nature of the Saudi aggression against Yemen.
“Aggressors have, nevertheless, failed to force Yemenis into submission,” he underlined.

The Ansarullah leader also decried the deafening silence of the United Nations and the international community vis-à-vis the Saudi crimes and atrocities in Yemen.

“Saudi crimes against Yemen a test for the entire world to see whether they speak the truth or not,” Houthi pointed out.

He stressed that Saudi Arabia and its regional allies are serving the interests of the Zionist regime of Israel in their military campaign against Yemen.

Houthi said the developments in the wake of US President Donald Trump’s recognition of Jerusalem al-Quds as Israel’s capital well showed that the incumbent regime in Saudi Arabia is merely a puppet in the hands of the US administration.

“The Saudi regime is an outsider and a traitor to all Muslim nations. Yemeni people are standing together in the face of the Saudi aggression no matter how different their stances might be,” the Ansarullah leader said.

He also slammed the media cover-up by Western media outlets over the Saudi war on Yemen.

Houthi further noted that the most savage and reactionary regimes in the Middle East region are involved in the Saudi-led aggression on Yemen.

“Yemenis will never surrender to the murderers of women and children. Enemies will not be able to take away our freedom, and weaken our willpower,” he commented.

The Ansarullah chief said the 1,000 days of resistance and steadfastness by the Yemeni people against Saudi Arabia and its allies attested the fact that Yemenis’ faith cannot be undermined in any away.

He lauded the sacrifices made by the Yemeni people, stressing that “We will not allow our enemies to colonize Yemen.”

“Aggressors thought they could occupy the entire Yemen within a matter of days.

Thousands of our children have been mercilessly killed in the Saudi-led airstrikes. This is while Yemenis are still resilient and steadfast despite the all-out war and various shortcomings they are wrestling with,” Houthi said.

He lashed out at the Saudi regime over turning Yemen into the world's largest humanitarian crisis, emphasizing that Yemeni forces would not hesitate to launch barrages of domestic missiles at Riyadh and the Emirati capital city of Abu Dhabi if the airstrikes continue.

Houthi also called upon all Yemeni factions, institutions and all walks of the society to join forces against the current challenges.

The Saudi-led war has also triggered a deadly cholera epidemic across Yemen.
According to the World Health Organization’s latest count, the cholera outbreak has killed 2,167 people since the end of April and is suspected to have infected 841,906.