BoE to allow EU banks to operate in UK as normal after Brexit: BBC

TEHRAN, December 20-The Bank of England will allow European banks to continue selling their services in the United Kingdom without having to create expensive subsidiaries after Britain leaves the European Union, the BBC reported on Wednesday. 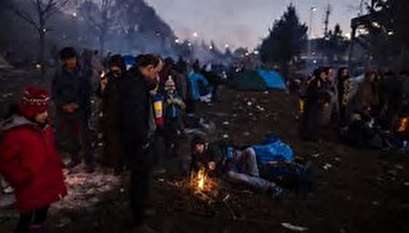 TEHRAN, Young Journalists Club (YJC) -The Bank of England will allow European banks to continue selling their services in the United Kingdom without having to create expensive subsidiaries after Britain leaves the European Union, the BBC reported on Wednesday.

The decision, if confirmed, would mean European banks offering wholesale services would not face new post-Brexit hurdles to operating in London , which vies with New York for the title of the world’s financial capital.

A BoE spokesman declined to comment on the report. The central bank is due to publish its approach to future supervision of foreign banks, insurers and clearing houses at 1300 GMT.

The EU has proposed that, as a last resort, clearing of euro denominated derivatives done mainly in London should move to the euro zone after Brexit.

By allowing branches of EU banks in London to be supervised by their home regulator, Britain will be hoping the bloc would in return allow euro clearing to remain in Britain.

The UK gesture could also soften European Commission plans, due to be published later on Wednesday, to stiffen the conditions for allowing investment banks from outside the EU to operate inside the bloc. Many of those banks, like Goldman Sachs and Morgan Stanley have their main European operations in London at present.

“The crucial thing here is to reassure EU banks that they can operate as they can now,” said Matt Hancock, minister for digital, later told the BBC.

Asked if UK banks can retain financial passporting rights, Hancock added, “I‘m confident we can get a good deal on it.”

The BBC quoted unidentified government and industry sources as saying they supported the decision.

A later version of the BBC story removed a reference to the BoE proposing that EU banks would be allowed to operate as usual even if no divorce deal was struck between London and Brussels.

More than 100 banks operating in London are branches of lenders headquartered elsewhere in the EU. Currently, they operate in Britain under EU “passporting” rules which are due to expire when Britain leaves the bloc in March 2019.

The BoE had previously said it would let banks know before the end of the year whether these branches must reapply for branch licences to operate after Brexit, or would need to be turned into subsidiaries, an option Boston Consulting Group has said could cost banks up to 40 billion euros.

Switching from being a branch to a subsidiary means having to build up buffers of capital and cash locally, and come under the direct supervision of the Bank of England.

EU retail banks that hold UK customer deposits above a certain threshold would have to become subsidiaries, the BoE has already said.

British Prime Minister Theresa May has said Britain will leave the EU’s single market, raising questions about how companies in Britain will do business in the bloc after Brexit, and how European companies can operate in Britain.