TEHRAN, December 20 - Iranian Deputy Foreign Minister for Legal and International Affair Abbas Araqchi is in Paris for the 4th round of political talks between Iran and France. 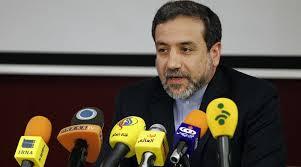 TEHRAN, Young Journalists Club (YJC) - The negotiations are led by him and secretary general of French Foreign Ministry.

The talks are held every 6 months either in Tehran or Paris under a MoU signed during Iranian President Hassan Rouhani’s visit to France.

Discussing regional and international matters, including developments in Persian Gulf and the Middle East is also another part of the talks.

Araqchi is going to meet with French officials during his two-day visit.