TEHRAN, December 20 - Foreign ministers of Iran, Turkey and Azerbaijan condemned US recent decision, to recognize Jerusalem al-Quds as ‘capital’ of Israel and relocate its embassy to the city, as they met in Baku. 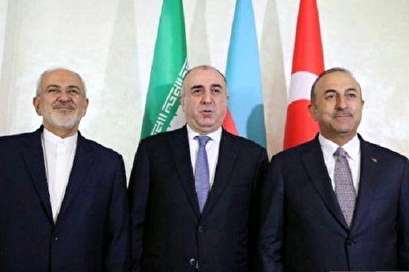 TEHRAN, Young Journalists Club (YJC) - “As mentioned in the meeting’s communiqué, we discussed various issues in the meeting and the US decision on holy al-Quds was also condemned, Iranian Foreign Minister Mohammad-Javad Zarif told reporters in Baku.

The three sides agreed to boost cooperation among their private sectors at the end of their 5th ministerial meeting, Zarif said.

He noted that the three countries also conducted political consultation and are going to carry on the consultations.