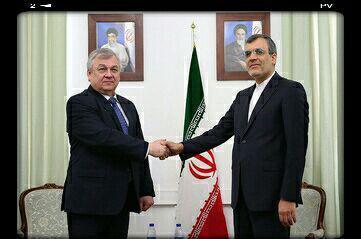 During the meeting, Ansari said that the Islamic Republic of Iran is attaching great importance to speeding up political process of settlement of Syrian crisis as well as humanitarian measures on exchanging arrested and abducted people and bodies by the involved sides.

He also outlined Iran’s views on the process of Syrian-Syrian talks and resolving Syrian crisis.