TEHRAN, December 21 - Iran said that US President Donald Trump's threats to cut aid to countries that vote against his move on Jerusalem al-Quds at the UN General Assembly shows his "contempt for democracy." 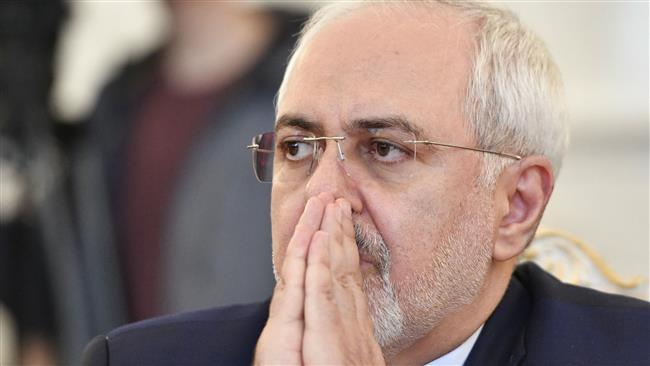 "Trump regime exposes contempt for democracy through its threats against those who dare resist its thuggish demands at the UN," he said.

Earlier, Trump threatened to discontinue financial aid to countries that vote in favor of a draft UN resolution against his decision to recognize Jerusalem al-Quds as Israel's capital.

Arab and Muslim states have requested that the 193-nation assembly hold an emergency special meeting on Trump’s decision to recognize Jerusalem al-Quds as Israel’s capital, days after Washington used its veto power to block an Egypt-drafted resolution against the move at the UN Security Council.

Zarif also slammed Trump's recent insults against Iran during the announcement of his national security strategy.

"Trump insults Iran crudely as “dictatorship”. US version of democracy stops at rhetoric of "either with us or against us," said Zarif.

During his speech, Trump also repeated his allegations against Iran and North Korea, claiming that they are trying to “destabilize regions, threaten Americans and our allies, and brutalize their own people.”

Share to
Related News
Saudi failure in Yemen resembles that of US in Vietnam: Iran official
US, Israel, Saudi Arabia in Cahoots against Palestine: US Scholar
Trump knows nothing about Mideast; his Quds decision to backfire: US analyst
Trump's al-Quds decision 'blatant violation' of Palestinians' rights: PUOICM
Tags
Iran ، Zarif ، Trump ، Quds
Your Comment