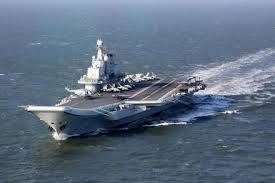 TEHRAN, Young Journalists Club (YJC) - Chinese aircraft, most of them from the air force, have carried out increasing numbers of drills far from Chinese shores in the past few years, most recently focused on self-ruled Taiwan, claimed by China as its own, and near Japan.

Xinhua said dozens of aircraft, including bombers, fighters and early warning aircraft, drilled in the Western Pacific along with warships, but it did not give an exact location.

The exercises were normal drills, part of annual plans, and accorded with international law and norms and were not aimed at any specific country or region, Xinhua said, citing the military.

The exercises had no impact on freedom of navigation or overflight in the area, the news agency added.

The participation of aircraft attached to the South China Sea fleet implies they could have flown over the disputed South China Sea, where China has been building airfields and other military facilities, some on artificial islands, unnerving the region.

China claims most of the South China Sea, a strategic waterway through which $3 trillion worth of goods passes every year. Vietnam, the Philippines, Malaysia, Taiwan and Brunei all have overlapping claims.

China has continued to install high-frequency radar and other facilities that can be used for military purposes on its man-made islands in the South China Sea, a U.S. think-tank said last week.