TEHRAN, December 22 - Russia says it is working with Saudi Arabia to finalize a deal to sell advanced S-400 missile systems to the oil-rich kingdom. 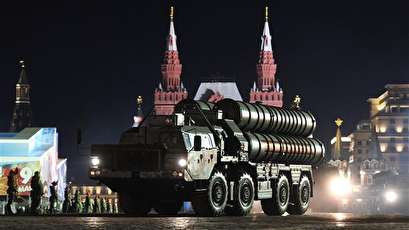 Vladimir Kozhin, the Russian presidential aide for defense cooperation, said Thursday that Moscow and Riyadh had already signed "a package of agreements" that also included launching the production of Kalashnikov assault rifles in Saudi Arabia.

"As far as more complicated systems are concerned, negotiations still continue," he said. "Both technical issues and financial aspects are being discussed. I hope that we will get answers to all remaining questions by the end of the year."

The official said "those negotiations are literally under way at the moment."

Russia and Saudi Arabia first signed a contract for the delivery of one battery of the Russian-made systems in March 2017, when Saudi monarch King Salman bin Abdulaziz Al Saud was on a four-day trip to Moscow.

The Saudi Arabian Military Industries (SAMI) said back then that the memoranda of understanding also “include the transfer of technology for the local production” of the aforementioned military systems.

“In addition, the parties will cooperate in setting a plan to localize the manufacturing and sustainment of parts of the S-400 air defense system,” SAMI said, noting that the cooperation would "have tangible economic contributions and create hundreds of direct jobs."

The system is designed to destroy aircraft, cruise and ballistic missiles 400 km away and at a maximum altitude of 30 km. The system's missiles can also be used against ground targets.