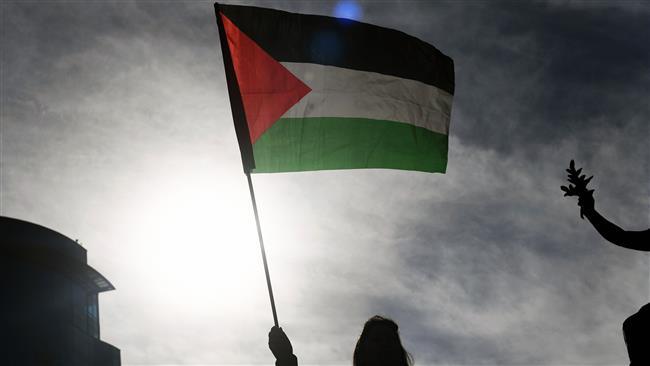 "It is regrettable to see an Arab and Islamic country call a seven-decade-old scar on the Islamic world's wounded body a 'side issue' and so fatuously fail to realize the simplest of world affairs, thus embarrassing itself and its people... with such mean and baseless statements," he wrote in a statement.

"Despite all complex plots, manufactured crises and fictitious threats propagated by the US-Zionism axis, Palestine still is and will remain the Islamic world's number one priority until it is liberated, and no one... can distract Muslims from this serious issue," he added.

While the Bahraini minister did not specifically mention the Jerusalem al-Quds issue, his statement came at the same time as Trump’s threats before a UN General Assembly vote about his decision on Thursday.

The American head of state said Washington would withdraw US aid to countries that were going to vote against the move.

The threat, however, failed to push back an overwhelming majority of the world body's members as 128 countries voted to adopt a resolution that calls on Trump to rescind the decision.

At the General Assembly session, nine countries voted in support of the Trump administration's policy. Thirty-five other nations abstained from voting.

Iran's Foreign Minister Mohammad Javad Zarif wrote in a tweet that the vote amounted to a "resounding global NO" to Trump's "thuggish intimidation."

Bahrain maintains close ties with the US and hosts two American military bases.