TEHRAN, December 22 - Delegations from Iran, Russia and Turkey held the second round of consultations on Syrian crisis on the second day of Syrian talks underway in Astana. 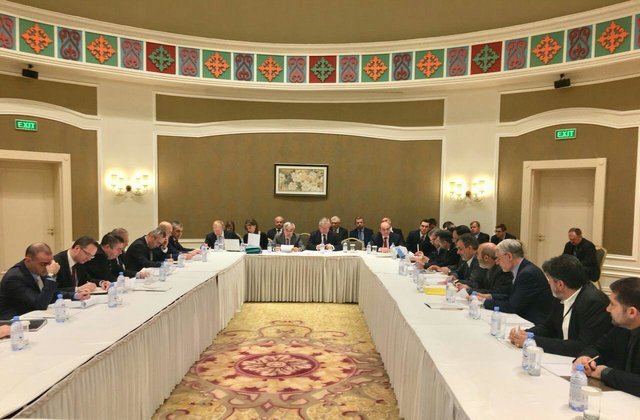 TEHRAN, Young Journalists Club (YJC) - The first round of the meeting was held on Thursday.

The eighth round of Syria peace talks mediated by Iran, Russia and Turkey, has kicked off in Kazakhstan’s capital of Astana with the aim of finding a diplomatic solution to the six-year conflict in the Arab country.

The new round of Astana talks will focus on buffer zones, humanitarian aid and freeing prisoners, the ministry said.

Last week, the eighth round of another parallel peace process was held in Geneva between Syria’s warring sides. Those UN-sponsored talks, however, fell through with no tangible progress.

Previous rounds of negotiations under the auspices of the UN over the past five years have failed to achieve results, mainly due to the opposition’s insistence that Syrian President Bashar al-Assad should cede power.

However, the talks in Astana, which began in January, have comparably resulted in significant achievements, including ceasefires and de-escalation zones that have reduced fighting in Syria, Presstv reported.