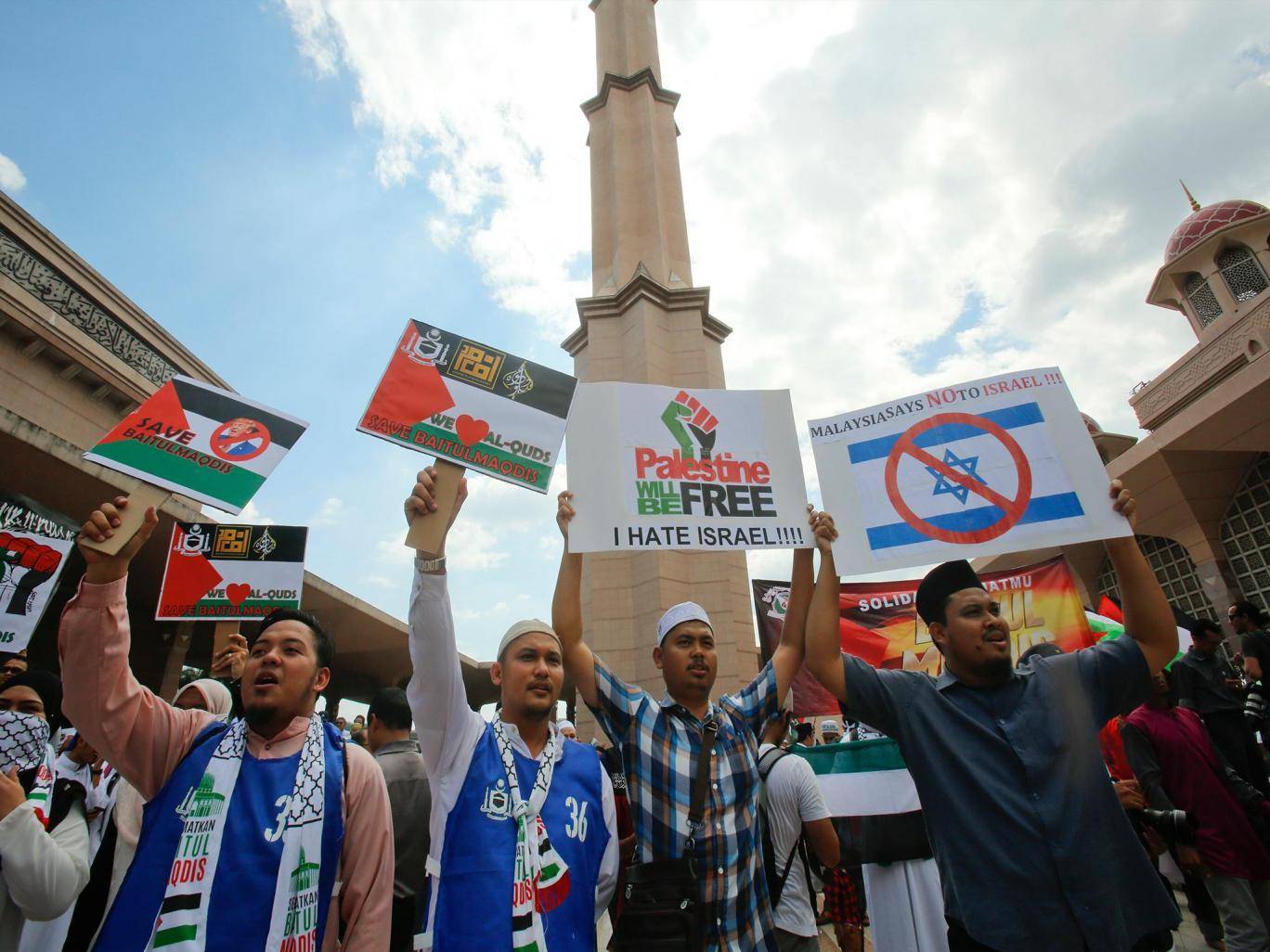 TEHRAN, Young Journalists Club (YJC) - Najib told the crowd that Malaysia will do all it can to "save Jerusalem" and that he will not be cowed by the US nor by his close ties with President Donald Trump.

Malaysia on Thursday joined more than 120 countries voting in favor of a UN General Assembly resolution calling for the United States to drop its recognition of Jerusalem al-Quds as Israel's ‘capital’, ignoring a threat by Trump to cut off financial aid to countries voting against his move.

"We are firm in our stand. We support the formation of a Palestine that is free and sovereign. We demand a Palestine with dignity and pride. We want East Jerusalem as the capital of Palestine," Najib said to loud cheers at the protest outside a mosque in the government capital of Putrajaya after Friday prayers.

Earlier this month, Trump reversed decades of US policy by announcing the United States recognized Jerusalem al-Quds - home to major Muslim, Jewish and Christian holy sites - as the ‘capital’ of Israel and would move its embassy there.

Najib vowed to hold weekly protests in support of Palestinians.

Deputy Prime Minister Ahmad Zahid Hamidi told local media that the Cabinet would next month discuss a proposal by Najib for Malaysia to follow Turkey in opening an embassy in east Jerusalem al-Quds to recognize the city as the Palestinian capital.