TEHRAN, December 23 -A new app developed by NSA whistleblower Edward Snowden promises to harness the surveillance power of your smartphone and turn it into a tiny security system to physically guard your data. 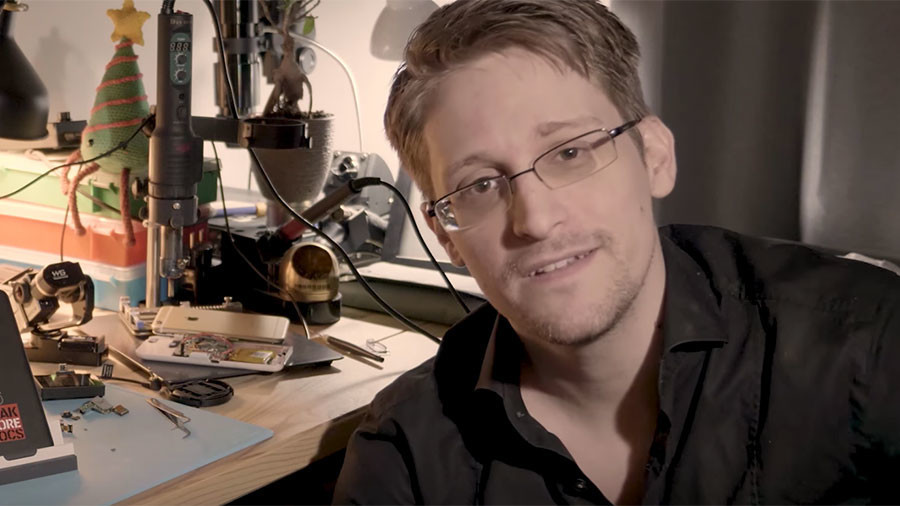 TEHRAN, Young Journalists Club (YJC) -A new app developed by NSA whistleblower Edward Snowden promises to harness the surveillance power of your smartphone and turn it into a tiny security system to physically guard your data.

Haven uses the regular features of a standard Android smartphone to detect changes in the environment around the device. The app, which adapts the camera for use as a motion tracker, can also pair with other devices to record sounds or changes in light before sending an alert to the owner – an ideal feature for those looking to ward off unwelcome snoopers.

In a video posted online, Snowden appealed for funds to further develop the open-source project while hailing it as a means for activists to protect their data without fear of it being hacked or stolen. “We designed Haven as a tool for investigative journalists, human rights defenders and people at risk,” the whistleblower said.

“Haven makes it harder [for parties] to silence citizens through raids, searches, arrests, without getting caught in the act themselves.This creates a kind of herd immunity where before people launch a crackdown they have to think, ‘will I be witnessed in a way that I can’t stop.’”

None of the data collected by Haven is sent to outside servers, meaning people remain in full control of their data. It was developed in conjunction with the Guardian Project, a global collective of software developers and activists who create open-source mobile security technology.

Micah Lee, a journalist who helped develop the app along with Snowden, said it could be used to prevent so-called “evil maid” attacks, in which an intruder attempts to physically tamper with a machine.

Writing for The Intercept, Lee said: "Here's how Haven might work. You lock your laptop in a hotel safe — not a secure move on its own — and place your Haven phone on top of it. If someone opens the safe while you're away, the phone's light meter might detect a change in lighting, its microphone might hear the safe open, its accelerometer might detect motion if the attacker moves the laptop, and its camera might capture a snapshot of the attacker's face."

A user can also choose to have alerts sent via Signal, a Tor onion service website, or even a simple SMS text message. It is not without its flaws, however. Critics believe that if an attacker were to block WiFi, SMS or mobile data, they could prevent an alert being logged. For Snowden, however, the device he calls a “safe room that fits in your pocket” is a major step forward for privacy.

“Imagine if you had a guard dog you could take with you to any hotel room and leave it in your room when you’re not there,” Snowden told Wired. “The real idea is to establish that the physical spaces around you can be trusted.”

Android phone users have been up in arms in recent times following revelations that Google has been collecting their location data even while they have that feature turned off. Last month, Quartz discovered that Android devices have been sending “Cell ID codes” to the search engine giant via cellular towers across the US.