TEHRAN, December 23 - Iran’s Parliament Speaker proceeds Pakistan to attend a summit of challenges of confronting terrorism and the role of regional cooperation. 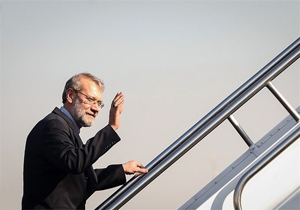 In his 3-day trip, Larijani is also supposed to meet and talk to some of his counterparts from different countries.

The Parliament Speaker is further scheduled to attend a press conference in the country.

The summit is an initiative of Pakistani National Parliament, attended in Islamabad by Parliament Speakers of Iran, Pakistan, Russia, Afghanistan, China, and Turkey.