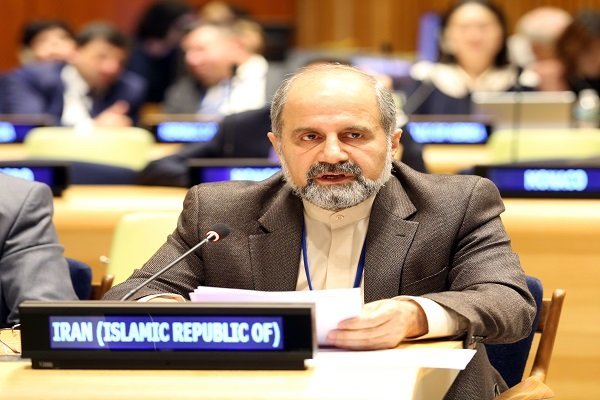 TEHRAN, Young Journalists Club (YJC) - Iran’s Ambassador and DPR of the Permanent Mission of Iran to UN, Eshagh Al Habib, made the remarks at a meeting of the United Nations Security Council on Afghanistan.

The official said the Afghan National Unity Government was at the forefront in fighting terrorists — in particular, the Taliban, Al‑Qaida, ISIL and its affiliates — as well as other extremist groups and criminals, including those in the narcotics trade.

“The sustained support of the international community was needed to support the Government in that fight as well as to address Afghanistan’s complex security, economic and political challenges,” he continued.

Al Habib went on to underline that the reported 87 per cent growth in opium production over the past year was alarming, as narcotics provided a major source of income for terrorist groups.

“The international community must support relevant international and regional projects and activities, including those carried by Afghanistan, Iran and Pakistan within the framework of the triangular initiative to counter narcotics,” he concluded.