TEHRAN, December 23 - Iranian Parliament Speaker Ali Larijani has hailed as fruitful the campaign against terrorism in Syria, saying prior attempts to eradicate the vicious phenomenon had been unsuccessful. 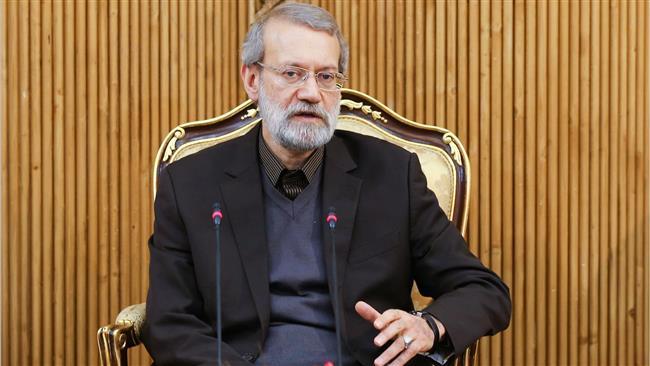 TEHRAN, Young Journalists Club (YJC) - "The campaign against terrorism in the past had not been so successful and after attending to the active elements in the region and alertness to them, modern approaches were pursued by the regional countries to offer a solution in the fight against terrorism," Larijani said.

Larijani made the remarks while speaking to reporters in Tehran on Saturday ahead of his departure for Islamabad to participate in a conference on the challenge of terrorism and inter-regional connectivity. Larijani's counterparts from Russia, Turkey, Afghanistan, China and Pakistan are also scheduled to attend the conference that opens on Sunday.

The top Iranian parliamentarian added that the six countries have always highlighted a campaign against terrorism.

He said the participants at the Islamabad summit plan to explore "sustainable" ways to fight terrorism.

Larijani also pointed to close Tehran-Islamabad relations and said on the sidelines of the conference he would hold separate meetings with his counterparts on possible avenues to remove obstacles in the way of further cooperation in various fields and expand economic ties.

Pakistan's National Assembly Secretariat is hosting the three-day conference focusing on Parliamentary Cooperation for Peace, Connectivity and Prosperity in the region.

The imperative parliamentary meeting aims to identify, promote and develop common socio-economic interests of the six countries. This will help not only towards achieving stability and security in the region but can also potentially blossom into a golden ring of peace, economic growth and sustainable prosperity.

During the Second Meeting of Speakers of Eurasian Countries’ Parliaments in the South Korean capital Seoul in June, Pakistan's Speaker of the National Assembly Sardar Ayaz Sadiq proposed to host a conference of speakers from the six countries to address the challenges of terrorism and inter-regional connectivity with a core vision of promoting dialogue and interdependence among the regional stakeholders.