TEHRAN, December 23 - The man accused of deliberately plowing into Christmas shoppers on a busy street in the Australian city of Melbourne was charged on Saturday with 18 counts of attempted murder and one count of conduct endangering life. 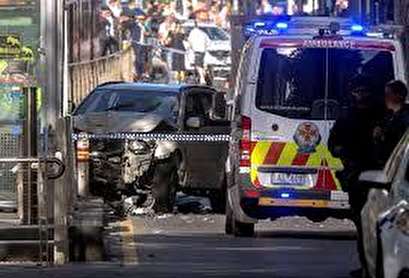 Police said they had charged the man, former Afghanistan refugee Saeed Noori, after formally interviewing him about the attack that police had earlier described as a “deliberate act”.

Police have said Noori, 32, is known to have mental health problems and to use drugs and they did not believe the attack was terrorism-related.

Police suspect Noori was behind the wheel of a white SUV when he deliberately sped up and drove into dozens of pedestrians crossing the road at one of the busiest intersections in Melbourne’s central business district.

Noori appeared in the Magistrates Court later on Saturday where he was remanded in custody. He will next appear in court on Wednesday. The court also ordered that Noori be assessed by psychologists.

In January, six people were killed in Melbourne’s central business district when a man used his vehicle to mow them down. Police also ruled out terrorism for that attack.

He said there would be an increased police presence at Melbourne events, including the Boxing Day Test Cricket, carols and other major sports events.