TEHRAN, December 24 - A US Defense Department spokesman says that Myanmar, which is widely censured for conducting ethnic cleansing against its Rohingya Muslim minority, has been invited to observe major US-Thai war games, dubbed Cobra Gold, along with other Asian militaries. 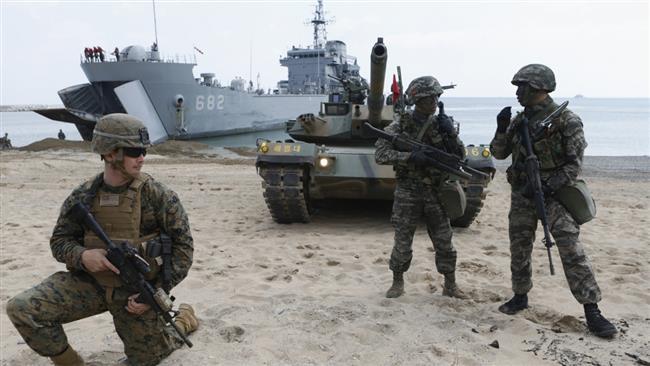 According to Logan, Myanmar was invited to observe the humanitarian assistance and disaster relief portion of the war games.

Asked why Thailand decided to invite Myanmar despite concerns over the crackdown against the Rohingya and whether this issue was part of their deliberations, a senior officer at the Directorate of Joint Intelligence of the Royal Thai Armed Forces was cited in the report as saying, “That never came up in the discussions. We separated that issue. We focus on training, on education, on military cooperation. That is our wish, to have Myanmar involved."

“That is politics. We are soldiers. This is a military exercise,” added the official, who spoke on condition of anonymity.

This is while Pentagon also refused to comment when asked whether the US military had tried to apply pressure on Thailand not to invite Myanmar due to the international condemnation of its brutal crackdown on the Rohingya.

Myanmar's military has been engaged in a massive campaign of killing, torturing and driving out Muslim Rohingya from Rakhine state since August. The crackdown has led to the flight of more than 650,000 Rohingyas to Bangladesh in recent months.

In the 2017 Cobra Gold exercise, 29 nations either have participated or observed the exercise, including Myanmar. It includes around 3,600 US troops. Cobra Gold is an annual exercise in Thailand. The 2018 war games are expected to be held in February.