TEHRAN, December 24 - Deputy Director of the US Federal Bureau of Investigation (FBI) is reportedly planning to retire following months of criticism by President Donald Trump and Republican lawmakers over his alleged prejudice against the controversial American head of state. 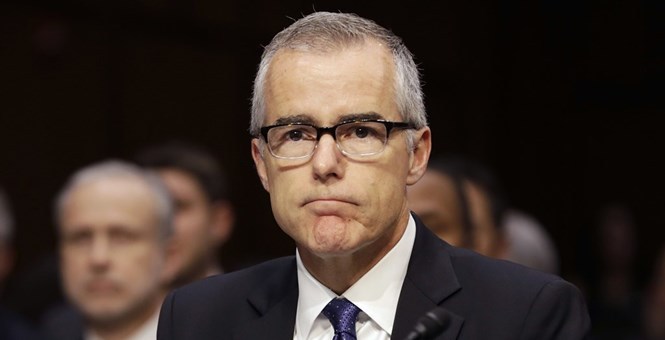 TEHRAN, Young Journalists Club (YJC) - Andrew McCabe plans to retire in a few months after becoming eligible for his full pension, the US-based daily Washington Post reported Saturday, citing "people familiar with the matter," as an FBI spokeswoman declined to comment on the report.

According to the daily, McCabe will not become eligible for his full benefits until early March, and that he plans to retire.

McCabe served as acting director of the FBI – which is part of the US Department of Justice -- after Trump sacked former FBI director James Comey back in May. Trump questioned his Attorney General Jeff Sessions in a tweet in July for not replacing McCabe, who he described as Comey's friend.

Trump further tweeted earlier this month that the FBI's reputation "is in tatters."

This is while the Republican-controlled House Judiciary and Oversight committees announced in October that they were waging new probes into a number of long-standing political grievances, including concerns over the FBI's handling of Hillary Clinton’s email investigation.

Republicans have also expressed their intent to find out why Comey publicly discussed the Clinton investigation and further declared that the investigative agency would not seek to bring charges against the former US secretary of state and the Democratic Party’s presidential nominee in the 2016 election.

However, critics insist that the Republicans' focus on Clinton is only a ploy to distract special counsel Robert Mueller's probe into alleged Russian meddling in the 2016 presidential poll, an accusation that Moscow has denied.

Meanwhile, McCabe was interviewed behind closed doors on Tuesday by members of the House Intelligence Committee, which is conducting one of the main congressional probes into Russia, the 2016 US election and whether Trump's election campaign colluded with Moscow.

The senior FBI official also attended a closed-door interview on Thursday with members of the House Judiciary and Oversight Committees after Republican lawmakers asked him to discuss the bureau's handling of an investigation into Clinton's use of a private email server when she was secretary of state.