Nations that abstained from UN Quds vote should be named, shamed: American Pundit

TEHRAN, December 24 - An American political analyst described the recent vote at the UN General Assembly against Washington’s move to declare al-Quds Israel’s capital as a “political success” for Palestine, saying those countries that abstained from the vote should all be named and shamed. 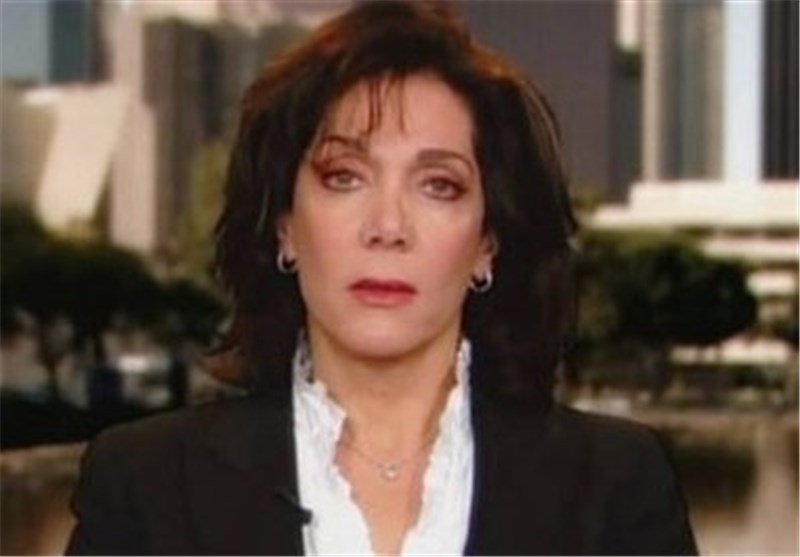 TEHRAN, Young Journalists Club (YJC) - “The vote is a political success for the Palestinians, and as importantly, for the rule of rule of law. It was clear that a majority number of countries would support the UNGA Resolution rejecting Trump’s recognition of Jerusalem (al-Quds) as Israel’s capital,” Soraya Sepahpour Ulrich from Irvine, California, told the Tasnim News Agency.

She further criticized the countries which abstained from the vote, saying they should all be shamed.

Sepahpour Ulrich has a Master’s in Public Diplomacy from USC Annenberg for Communication. She is an independent researcher and writer with a focus on US foreign policy. Her articles and writings on Iran’s nuclear program, the Middle East developments and the US foreign policy have been published by several print and online publications.

Tasnim: More than 100 countries voted in favor of a United Nations General Assembly resolution calling for the United States to withdraw its decision to recognize Jerusalem (al-Quds) as Israel’s capital. What’s your take on this?

Ulrich: The vote is a political success for the Palestinians, and as importantly, for the rule of rule of law. It was clear that a majority number of countries would support the UNGA Resolution rejecting Trump’s recognition of Jerusalem (al-Quds) as Israel’s capital. The United Nations considers East Jerusalem to be occupied Palestinian territory. Aside from threats by the Trump administration, prior to the UNGA vote Trump officials stated that they could not envision any situation under which the Western Wall would not be part of Israel.

The Western Wall (or the Wailing Wall) is situated in occupied East Jerusalem. Since 1967, the majority of nations and organization refused to recognize Israel’s ‘ownership’ of East Jerusalem. This is why the UNGA vote was also a vote for the international law.
Tasnim: Trump had threatened to cut off financial aid to countries that voted in favor.

His warning did appear to have some impact with nine countries voting against the resolution and 35 abstaining. A total of 128 countries voted for the resolution. In your opinion, which countries abstained from the vote? What’s your take on Trump’s threats?

Ulrich: I personally believe that the world owes Trump a great deal of gratitude for openly revealing what the US had been doing for decades in secret. For example, in 2005, Newt Gingrich spoke at the American Enterprise Institute (AEI), a pro-Israeli think tank that heavily influenced George W. Bush decisions (When George W. Bush visited and spoke at AEI on 15 February 2007, he stated: “I admire AEI a lot – I’m sure you know that. After all, I have been consistently borrowing some of your best people. More than 20 AEI scholars have worked in my administration.”

In his 2005 AEI speech, Gingrich discussed “AN EXAMPLE OF A UN REFORM SCORECARD” ways in which the US should influence votes at the UNGA. Saying that “Israel is a country that manifests the values that the UN should defend and embrace, not condemn.” Gingrich then stated clearly “A key first test for a concerted effort by the US to win UN votes should be an upcoming vote in the [GA Assembly] concerning the abolishment of the Committee on the Exercise of the Inalienable Rights of the Palestinian People and of the Division of Palestinian Rights.” “This should be not just a matter of high importance of US Ambassadors around the world, but also of every member of Congress, who can play an influential role with foreign Ambassadors assigned to Washington or with high-ranking foreign government officials whom they know.

Members of Congress should take every opportunity to relay the message to these foreign representatives that we are paying attention to their vote, that their vote matters, and that we will remember how they vote.” He further suggested that the United States should promote the ‘naming of names’.

So the bullying and threats is not new. What is refreshing new is the fact that Trump has brought it out in the open. And (what) became very transparent with this recent UNGA vote is who was actually bought, including those who abstained. Those who abstained, in fact, refused to rule out a violation of international law. In other words, their actions indicate that when it comes to international law, they support money and power.

The votes against and those countries that abstained are an unpleasant reminder of George W. Bush’s “coalition of the willing” – 46 countries that contributed to the illegal invasion of Iraq, although most of these countries’ contribution was in name only – as with the UNGA vote. The 7 countries that voted against (plus Israel and the United States) are virtually insignificant, poor countries with little bearing on the international stage. Of the 35 abstentions, Those that abstained, only a few have political leverage, but they must all be named.

Tasnim: What might the future hold about the situation in the occupied territories?

Ulrich: To some extent, Trump’s threats pushed many countries to vote in favor of Palestine and international law if for naught else but to save face. But although many countries did vote against Trump’s decision, they will continue to do business with Israeli entities in the Occupied Palestinian Territory. My only hope is that the world will finally open its eyes to the real threat that faces them. As humans, we are only as strong as the weakest link in the chain. If we allow people and countries to be destroyed without an attempt to stop it, then truly we set ourselves up for being the next victim.
Additionally, Israel only thrives when it plays the victim card. The world has been forced to recognize Israel and the United States as aggressors. I have little doubt that we will witness false flags and every effort will be made to provoke the Palestinians in order to portray them as violent and Israel as ‘innocent victims’.