Brains over bucks: Putin hints AI may be key to Russia beating US in defense despite budget gap

TEHRAN, December 25 -Advanced weapon systems and lack of necessity for bases in foreign nations are key factors that will allow the Russian military to defend the nation, despite receiving far less funding than their US counterparts, Putin said. 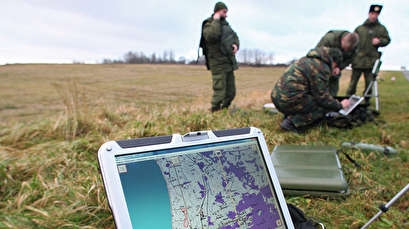 TEHRAN, Young Journalists Club (YJC) -Advanced weapon systems and lack of necessity for bases in foreign nations are key factors that will allow the Russian military to defend the nation, despite receiving far less funding than their US counterparts, Putin said.

On Friday, Russian President Vladimir Putin chaired a meeting of top defense ministry officials at the new Strategic Missile Academy east of Moscow. The facility is where future officers responsible for the Russian nuclear arsenal will train. It boasts comfortable lecture halls, cutting-edge engineering labs, a state-of-art sports section, and an impressive array of nuclear-tipped missile models on display, complete with dramatic lighting. One model, a UR-100, even appears to be taking off in front of the main building.

The site chosen for the meeting, in which the results of 2017 and plans for the future were discussed, was apparently symbolic. Vladimir Putin used the occasion to lay out his vision for the Russian military – a small, agile, well-armed, professional force that can take on the much better-funded NATO thanks to technological superiority.

“Russia must be among the leaders – and in some areas the absolute leader – in creating an army of the new generation, an army of a new technological paradigm. This is an issue of highest priority for ensuring our sovereignty, peace and safety of our citizens, a stable development of the country, pursuing an open and independent foreign policy that is based on the interests of our country,” he told the generals.

He compared Russia’s defense spending, which will be about $80 billion in 2018, or roughly 2.85 percent of expected GDP according to government estimates, to America’s $700+ billion funding, and said the obvious disparity can only be addressed if Russia uses brains to defend itself.

“We have to be smart. We will not rely solely on ‘military muscle,’ and we will not be drawn into an economically depleting, senseless arms race,” he said. “We don’t’ need an endless number of bases throughout the world and will not play world gendarme.”

The term ‘technological paradigm’ is drawn from a theory that states that the way a society organizes itself is based on certain key technologies. According to the theory, the current fifth paradigm, which has come to life thanks to microelectronics and digital advances, is in the process of being replaced by a new paradigm, although which technologies would shape it is yet to be seen. Bioengineering, artificial intelligence, and nano-scale manufacturing techniques are among the candidates.

Considering Putin’s fondness for artificial intelligence, which, he previously said, will give a decisive edge to countries perfecting the technology, one can safely assume that AI would have a prominent role in the future of the Russian military, experts tell RT. In fact, some such algorithms are already used for military purposes.