Syrian mufti calls on Christians, Muslims to unite against US Quds move

TEHRAN, December 25 - Grand Mufti of Syria Sheikh Ahmad Badreddin Hassoun called on Muslims and Christians around the world to unite against US President Donald Trump’s recent decision to declare al-Quds (Jerusalem) as the Israeli regime’s capital. 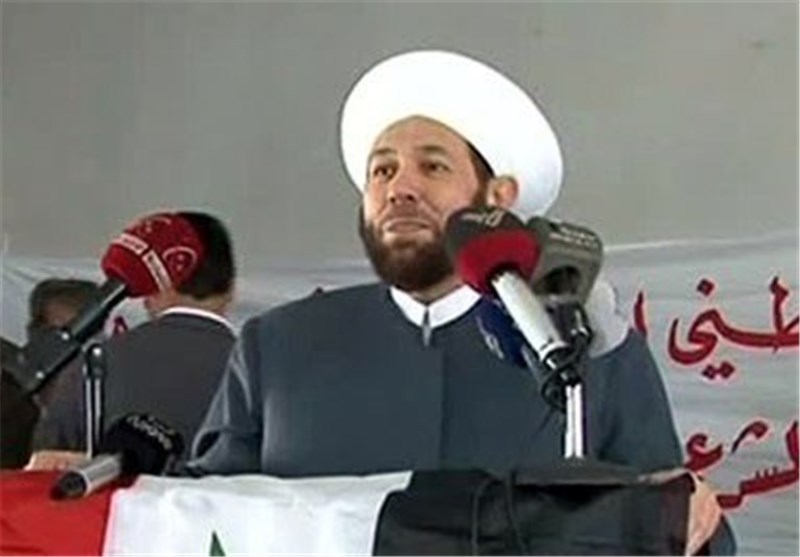 TEHRAN, Young Journalists Club (YJC) - Speaking to Lebanon’s Arabic-language Al Mayadeen TV, Sheikh Hassoun called on Christians and the Pope of the Roman Catholic Church, Pope Francis, to voice their protest against the US decision.

The Syrian cleric also called on all Christians and Muslims around the globe to unite against Washington’s planned move to relocate its embassy from Tel Aviv to Quds.

Sheikh Hassoun’s remarks came after more than 100 countries defied Trump on Thursday and voted in favor of a United Nations General Assembly resolution calling for the United States to withdraw its decision to recognize Quds as Israel’s capital.

Trump officially declared the disputed city Israel's capital, despite warnings from around the world that the measure risks triggering a fresh wave of violence in the Middle East.

In a speech at the White House on December 6, Trump said his administration would also begin a years-long process of moving the American embassy in Tel Aviv to the holy city.