TEHRAN, December 25 - Yemeni forces have fired a Zelzal 2 (Earthquake-2) ballistic missile at a position of Saudi-backed mercenaries in the Nihm district of the country's western Sana'a province, inflicting heavy casualties on them. 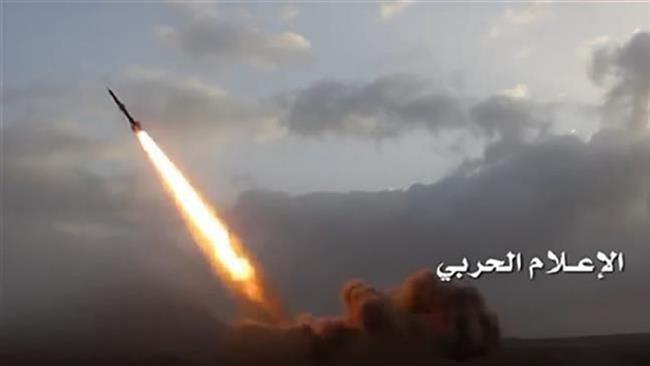 A military source, speaking on condition of anonymity, told Yemen’s Arabic-language al-Masirah television network that Yemeni forces had fired the Zelzal-2 missile at the Saudi mercenaries as they were trying to make territorial advances in the Nihm district of the province on Monday afternoon.

Separately, scores of Saudi-sponsored Hadi loyalists lost their lives and sustained injuries when Yemeni forces carried out two separate attacks against their outposts in the southwestern province of Ta'izz.

An unnamed military official said the first assault struck south of Khalid military base, while the second targeted an area west of Mawza city.

Furthermore, Yemeni forces and allied fighters mounted an offensive against a position of Saudi mercenaries in the al-Maslub district of Yemen's northern province of al-Jawf, leaving dozens of them dead and injured.

Yemeni forces also thwarted an infiltration attempt by Hadi loyalists in the Sadah area of Maslub district, killing and injuring many Saudi mercenaries.

According to the World Health Organization’s latest count, the cholera outbreak has killed 2,167 people since the end of April and is suspected to have infected 841,906.

A recent survey showed that almost one-third of families had gaps in their diets and hardly ever consumed foods like pulses, vegetables, fruit, dairy products or meat.

More than three million pregnant and nursing women and children under the age of five also need support to prevent or cure malnutrition.