TEHRAN, December 25 - Russian opposition leader Alexei Navalny was barred on Monday from running in next year's presidential election after officials ruled he was ineligible to take part due to a suspended prison sentence he says was trumped up. 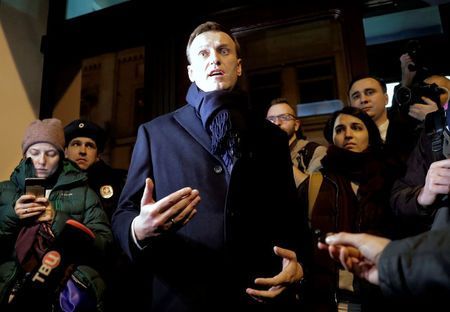 TEHRAN, Young Journalists Club (YJC) - The decision by the central election commission was widely expected as election officials had repeatedly declared Navalny would be ineligible to run.

Twelve members of the 13-member commission voted to bar Navalny. One member abstained, citing a possible conflict of interest.

Navalny, 41, said he would appeal and called on his supporters to boycott the election and campaign against it being held.

"We knew this could happen, and so we have a straight-forward, clear plan," Navalny said in a pre-recorded video released immediately after the decision.

Navalny said he would use his campaign headquarters across Russia to support the boycott and monitor turnout on voting day, March 18.