TEHRAN, December 25 - Russian Foreign Minister Sergei Lavrov says Moscow is concerned by recent reports that the US is training former members of terrorist groups in Syria. 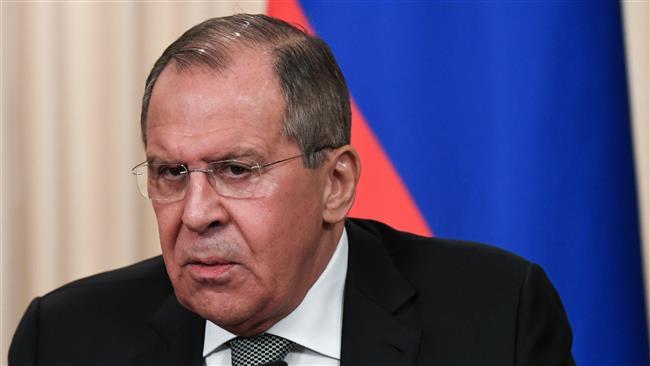 TEHRAN, Young Journalists Club (YJC) - “The information claiming that some US military bases in Syria have started to train militants, including former members of terrorist groups, is … quite concerning,” Lavrov said in an exclusive interview with RT on Monday.

He added that anti-terrorist missions should not be used to topple governments or advance one’s own agenda.

"Attempts to profit from anti-terrorist objectives -- which should be common, unified and without double standards -- are disturbing,” Lavrov pointed out.

Earlier this month, Russian President Vladimir Putin said that the United States was turning a blind eye to information provided by Moscow about Syrian terrorists traveling to neighboring Iraq in the hope that these militants could be later used to fight against Syrian President Bashar al-Assad.

He also warned such attempts to use militants for political purposes would raise long-term threats.

On December 16, Russia’s Reconciliation Center for Syria also accused the US of training members of the so-called New Syrian Army, composed of various terrorist groups, at a refugee camp near the town of Shaddadah in Syria's northeastern Hasakah province.

Daesh terrorists were among the militants initially trained by the CIA in Jordan in 2012 to destabilize the Syrian government.

Daesh unleashed a campaign of death and destruction, occupied territory and declared a so-called "caliphate" in Syria and Iraq in 2014.

Today, with the advances of the two countries' armies, backed by allied fighters, the self-proclaimed Daesh "caliphate" has collapsed, the group's de facto capitals in both Syria and Iraq have fallen and hundreds of terrorists have either surrendered or fled.

Elsewhere in his remarks, Lavrov said he had “mixed feelings” about his American counterpart’s commitment to the Syrian peace process.

“Rex Tillerson used to tell me that the main goal of the US in Syria is defeating ISIS (Daesh) but now it is getting vaguer and vaguer,” the minister noted.

The coalition has been accused of seeking a pretext for a longer stay in Syria.