TEHRAN, December 26 - The Egyptian army announced that its troops have killed 12 terrorists in the terror-hit Sinai Peninsula in the past days. 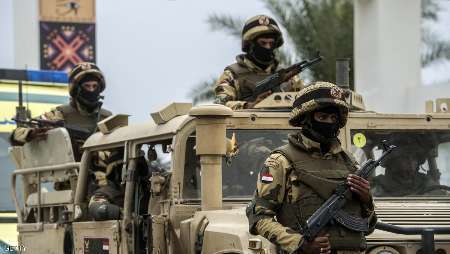 A terrorist was arrested during the operations in Sinai, where eight hideouts were discovered, the statement said.

A motorcycle, an explosive charge and weapons were seized by the army, it added.

The operations were conducted as part of the intensified efforts by the Egyptian armed forces to eradicate terrorism.