TEHRAN, December 26 -Oil prices were stable on Tuesday, with Brent crude lingering near 2015 highs on the back of an outlook for healthy demand amid ongoing production cuts led by OPEC and Russia. 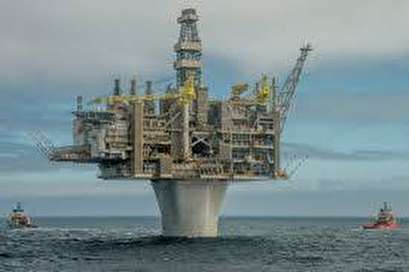 TEHRAN, Young Journalists Club (YJC) -Oil prices were stable on Tuesday, with Brent crude lingering near 2015 highs on the back of an outlook for healthy demand amid ongoing production cuts led by OPEC and Russia.

Trading activity was extremely low on Tuesday due to the ongoing Christmas holiday in many countries.

Brent has risen by 47 percent since mid-2017. The Organization of the Petroleum Exporting Countries (OPEC), the Middle East-dominated producer club, and Russia - the world’s single biggest oil producer - have been withholding output in order to tighten the market and prop up prices.

The agreement to cut started last January and is set to cover all of 2018.

Jabar al-Luaibi, oil minister of OPEC-member Iraq, said on Monday there would be a balance between supply and demand by the first quarter of 2018, leading to a boost in oil prices.

“During the first quarter of next year there will be more balance between supply and demand, which will reflect positively on improving global oil prices,” he said.

The production cuts come amid healthy global demand, which many analysts expect to hit 100 million barrels per day (bpd) for the first time at some point next year or in 2019.

Jeffrey Halley of futures brokerage Oanda in Singapore said oil prices were “making slow but steady gains on optimism about the global economy in 2018”.

Potentially keeping a lid on prices is the expected return of the Forties pipeline system in the North Sea, which can supply up to 450,000 bpd of crude underpinning Brent futures.

The pipeline shut down earlier in December due to a crack, but operator Ineos said the system was being tested following repairs and full flows should return in early January.

In the longer term, OPEC and Russia efforts to prop up prices could be undermined by U.S. production C-OUT-T-EIA, which has soared by more than 16 percent since mid-2016, to almost 10 million bpd.

Only OPEC king-pin Saudi Arabia and Russia produce more, but the United States is fast catching up, largely thanks to shale drillers.

The U.S. rig count RIG-OL-USA-BHI, an early indicator of future output, held at 747 in the week to Dec. 22, according to the latest weekly report by Baker Hughes.