TEHRAN, December 26 - Iran said it has transited a major consignment of tangerines from Pakistan to Kazakhstan in an initiative that could open a new corridor for shipment of food items from Southeast Asia to markets as far as Russia. 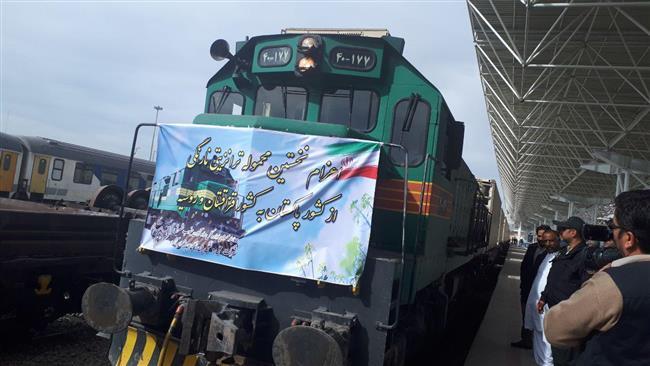 TEHRAN, Young Journalists Club (YJC) - Iran’s IRNA news agency reported that the consignment that comprised 350 tonnes of tangerines had arrived in the country’s southeastern city of Zahedan by train from Pakistan’s Quetta and was already on its way to the port city of Octave in Kazakhstan. It would be then loaded on ships to be transited to Russia.

In April, the first transit consignment from Quetta was sent to Octave through the same route. It comprised potatoes, mango, tangerine and rice.

Majid Arjoni, the director general for Iran’s Southeast Railway Department, was quoted by media as saying that the country expected to transit as much as one million tonnes of goods through Zahedan-Quetta railway every year. The railway is 650 kilometers long and it takes almost 33 hours for trains to travel between the two cities.

The railway standards between Iran and Pakistan are different in terms of track width and transit consignments will have to be taken through a “Tranship Operation” when they reach the border point between the two countries.

Iran hopes to use the same rail link to Kazakhstan for transit of goods from its southeastern port of Chabahar to Central Asia and Europe in what would eventually become a major East-West corridor.

The project to develop Shahid Beheshti Port in Chabahar started in 2007 through an investment that officials previously said already amounted to $1 billion.

The annual cargo tonnage of the port has now almost tripled to reach as high as 8.5 million tonnes.

The overall development project is planned in four phases and is expected to bring the port's total annual cargo capacity to 82 million tonnes.

Tehran plans to use Chabahar for transhipment to Afghanistan and Central Asia.

India, Iran and Afghanistan have signed an agreement to give Indian goods, heading toward Central Asia and Afghanistan, preferential treatment and tariff reductions at Chabahar.

Chabahar provides India with an easier land-sea route to Afghanistan. The Indian government has committed $500 million to Chabahar, with an aim to join an increasingly important transport corridor to resource-rich regional countries.

Once the development project is complete, Chabahar will be linked with the International North-South Transportation Corridor (INSTC), which currently stretches from the Iranian port of Bandar Abbas in the Persian Gulf to Russia, Eurasia and Europe.