TEHRAN, December 26 - Saudi-led airstrikes have killed or injured over 100 people in a market in the southwestern province of Ta’izz, Yemeni officials said. 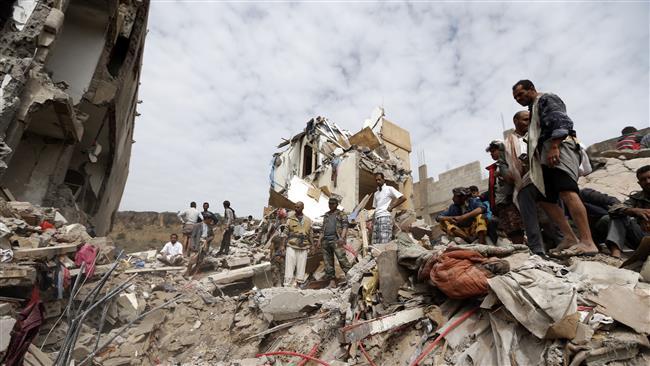 One civilian was also killed in another Saudi airstrike on Nihm District in Sana’a Province.

Yemeni Ansarullah spokesman Mohammad Abdulsalam condemned the Tuesday airstrike on the market and noted that such attacks indicate the defeat of the Saudi regime.

He also slammed the hype against Yemen over its ballistic missile attack on Riyadh last week, while the international community keeps silence with regard to the ongoing Saudi war crimes against the Yemeni people.

The attacks come a day after over 30 people were killed in Saudi airstrikes hitting various areas across the country, including the capital Sana’a.

On Tuesday, the International Red Cross pointed to massive starvation across Yemen on its Twitter page, warning, “Yemen is starving to death.”

The Saudi-led war has also triggered deadly cholera and diphtheria epidemic across Yemen.