TEHRAN, December 27 - Iran said the country’s positive vote to a resolution on the violation of human rights of Rohingya Muslims in Myanmar has been registered at the United Nations. 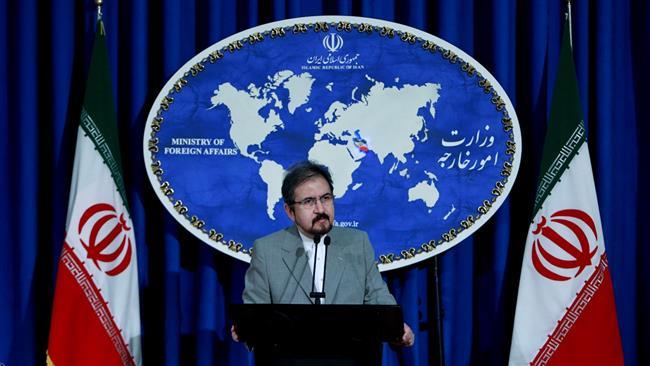 TEHRAN, Young Journalists Club (YJC) - The Islamic Republic sent an official letter to the UN Secretariat on Tuesday announcing its vote in favor of the resolution, given "the significance of the country's foreign policy considerations and core principles of its foreign policy", Iranian Foreign Ministry Spokesman Bahram Qassemi said.

The United Nations General Assembly on Sunday adopted a resolution calling on Myanmar to end military operations that have "led to the systematic violation and abuse of human rights" of Rohingya Muslims in the country's Rakhine state.

The resolution, tabled by the Organization of Islamic Cooperation (OIC), was adopted by a vote of 122 to 10 with 24 abstentions. Iran had initially abstained from voting due to the "politicized" nature of the Third Committee of the UN General Assembly, according to the Iranian mission to the UN.

Qassemi condemned brutal crimes by Myanmar’s army against Rohingya Muslims and said the core policy of the Islamic Republic is to support the rights of all Muslims across the world, particularly the oppressed Muslims in Myanmar.

He cited "some technical" issues as the reason for Iran’s refusal to attend the session voting on the resolution.

During the past three decades, Iran has always protested against the discriminatory approach by the UN General Assembly, the Iranian spokesperson said.

Qassemi emphasized that Iran has issued a statement in condemnation of measures against Rohingya Muslims and announced that it abstained from voting, not because of the contents of the resolution, but due to a politically-motivated approach always taken to the issue of human rights.

The resolution calls for Myanmar to grant aid workers access and to give Rohingya Muslims full citizenship rights.

It also calls on UN Secretary General Antonio Guterres to assign a special envoy to the country.

Backed by Myanmar’s government and Buddhist majority, the military launched yet another heavy-handed crackdown against the Muslim minority in Rakhine State on August 25, using a number of armed attacks on military posts as the pretext.

Over the past three months, government troops, apart from raping, have been committing killings, making arbitrary arrests, and carrying out mass arson attacks to destroy houses in predominantly-Rohingya villages in Rakhine.

Only in its first month, the clampdown, called by the UN and prominent rights group an “ethnic cleansing campaign,” killed some 6,700 Rohingya Muslims, including more than 700 children, according to Doctors Without Borders.

More than 655,000 Rohingya Muslims have so far fled the predominantly-Buddhist Myanmar to neighboring Bangladesh since then.