TEHRAN, December 27 - The Russian military top brass said militants, including those with the Takfiri Daesh terror group, are receiving training in US bases in Syria, adding the terrorists have been instructed to “destabilize” the Arab country. 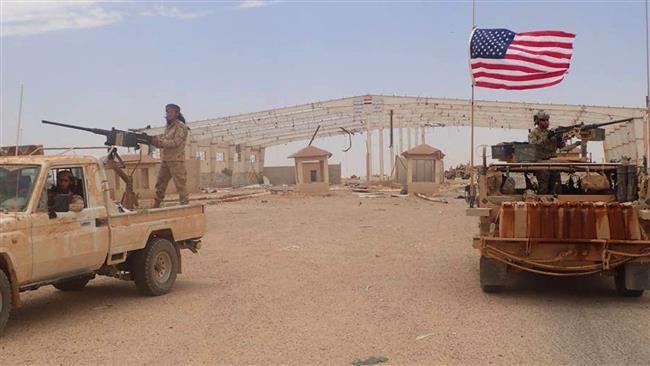 TEHRAN, Young Journalists Club (YJC) - In an interview with Russia’s Komsomolskaya Pravda daily on Wednesday, Chief of the General Staff of the Russian Armed Forces Valery Gerasimov said the US had turned its military base near the town of al-Tanf in southeastern Syria into a training camp for militants.

Asked about the situation at the US-run al-Tanf base, he replied, “According to satellite and other surveillance data, terrorist squads are stationed there. They are effectively training there.”

General Gerasimov also accused the US of using a refugee camp outside the town of Shaddadah in Syria’s northeastern Hasakah Province as a training center for the Daesh remnants, including those evacuated from the terror outfit’s former stronghold of Raqqah.

“This is essentially ISIS (Daesh),” he said. “They change their colors, take different names – the ‘New Syrian Army’ and others. They are tasked with destabilizing the situation.”

Elsewhere in his remarks, Gerasimov estimated that there are currently some 350 militants in al-Tanf and about 750 others in al-Shaddadah,

He further noted that the Russian military had been watching the US training activities at the al-Tanf base “for several months.”

The official also stressed that the Pentagon has so far failed to provide any explanation for its military presence at the al-Tanf base after Daesh’s defeat, saying, “So far, their answers have been ambiguous.”

The town of al-Qaryatayn in Syria’s Homs Province risked falling into the hands of the anti-Damascus militants if the Russian forces did not intervened, according to Gerasimov.

“We took timely measures…They have suffered a defeat, these forces were destroyed.

There were captives from these camps. It is clear that training is underway at those camps,” he added.

Nusra terrorists to be wiped out next year

Meanwhile, the Russian general predicted that the operation to eliminate members of the al-Nusra Front militant group in Syria will be completed in 2018.

Next year’s developments in Syria will include “the completion of eliminating militants from Jabhat al-Nusra and its affiliates,” he pointed out.

After losing all the territories under their control in Syria and Iraq, the Daesh terrorists have fled to Libya and southwestern Asia after being defeated in Syria, Gerasimov added.

“Some of them return to countries, from which they illegally arrived. The bulk of them flees to Libya, to southwestern Asian countries,” he said.

“We cooperate closely with the Syrian government troops, our advisers are attached to nearly all units,” he said.

Russian jets have been conducting air raids against Daesh and other terrorist outfits inside Syria at the Damascus government’s request since September 2015.

President Vladimir Putin said on Monday that Moscow now sees no need for a heavy military presence in Syria, but it will continue its counter-terrorism battle in the Arab state “if necessary.”