US continues support for Daesh, other Takfiris: Ayatollah Khamenei

TEHRAN, December 27 - Leader of the Islamic Revolution Ayatollah Seyyed Ali Khamenei slammed the US as one of the world’s “most corrupt” governments, saying Washington continues supporting Daesh, other Takfiri terrorists and authoritarian regimes in the region. 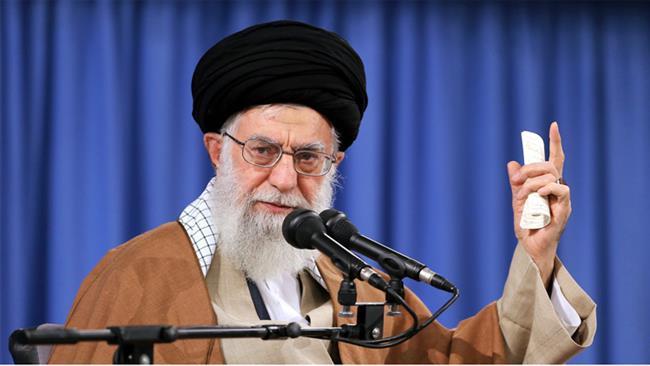 TEHRAN, Young Journalists Club (YJC) - “The US, which is one of the most corrupt and oppressive governments in the world, is our main enemy. They supported terrorists and Daesh as much as they could; they are still covertly assisting Daesh and the Takfiris,” the Leader said at a Wednesday meeting with a group of Iranian officials in Tehran.

The US provides support for dictatorial regimes in the region, including the Al Saud dynasty, and the governments which are committing crimes against Yemen and Palestine, the Leader added.

“They commit crimes in their own country; the US police kill black women, children and youth and are then acquitted in the court. This is their judiciary system. Then they criticize the judiciaries of other countries, including our faithful judiciary system,” Ayatollah Khamenei pointed out.

The Leader called on the Iranian officials to stay vigilant against enemy attempts to infiltrate the country's decision-making bodies.

Share to
Related News
Leader urges clerics to know, counter enemies
US ‘confronting the totality of Iranian threats’: Tillerson
US after ‘watery’ peace plan in Palestine: Iranian speaker
Leader: Muslims will stand against US plot in occupied al-Quds
Tags
ayatollah khamenei ، Daesh ، US
Your Comment