Israel to name train station after Trump over al-Quds move

TEHRAN, December 28 - The Israeli transport minister says he wants to build a train tunnel under Jerusalem al-Quds' Old City and name a station located next to the Haram al-Sharif after US President Donald Trump. 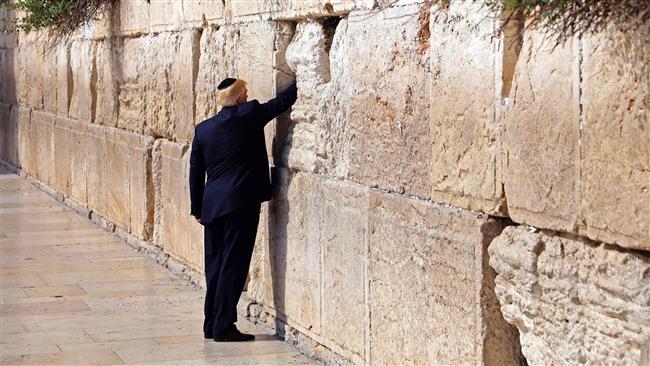 TEHRAN, Young Journalists Club (YJC) - Yisrael Katz made the announcement on Wednesday, noting that the move is to honor Trump for his decision to recognize the city as the Israeli capital.

The proposed tunnel and station, which is planned to open next year, would become a part the high-speed line connecting the city to Tel Aviv.

Katz was quoted by Israeli newspaper Yedioth Ahronoth as saying that the extension of the Tel Aviv-Jerusalem al-Quds line was the "most important project" for the regime.

Excavation work around the al-Aqsa Mosque located behind Haram al-Sharif has on multiple occasions drawn censure and protests by Palestinian authorities and the UN cultural agency UNESCO, which has designated the Old City a World Heritage site.

Al-Aqsa Mosque is the third holiest site for Muslims after Masjid al-Haram in Mecca and Masjid al-Nabawi in Medina.

Israeli authorities frequently issue permits for excavations and archaeological digs in close vicinity to the al-Aqsa compound. Such actions have resulted in the collapse of several Palestinian homes and damage to the mosque and its surrounding buildings.

On December 21, the UN General Assembly overwhelmingly voted in favor of a resolution that calls on the US to withdraw its controversial recognition of Jerusalem al-Quds as the Israeli capital.