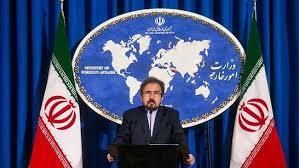 TEHRAN, Young Journalists Club (YJC) - “Unfortunately, we heard that an Iranian national named Babak Saeedi who was living in Canada and was patient was shot dead by Canadian police.”

“We are investigating details of the issue and we are pursuing the issue through official and competent channels until all the aspects become clear.”

He noted that Iran is waiting for Canadian government to explain the issue.

He also said that Iranians living in Canada are facing many problems to vindicate their consular rights.

Many efforts have been made over last two years to create better conditions for providing consular services for these people but it is not still in the desirable level.