TEHRAN, December 28 - Angered by growing Iranian and Turkish influence, the United Arab Emirates (UAE) – a Saudi Arabian satellite state – calls on Arab states to come together under the leadership of Riyadh and Cairo amid what it calls the “geostrategic competition” in the region. 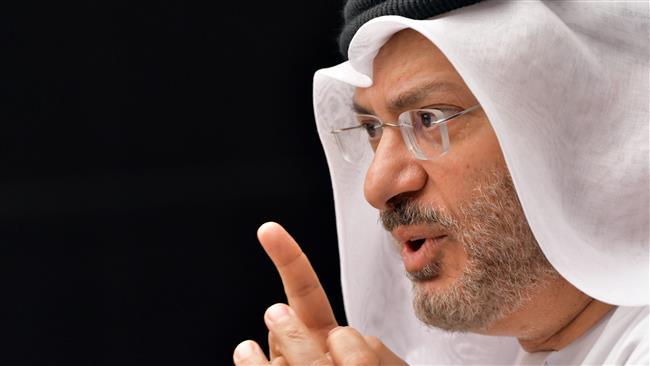 TEHRAN, Young Journalists Club (YJC) - “The world is at an impasse,” Anwar Gargash, UAE state foreign minister, claimed in a tweet on Wednesday, adding that “the solution is to co-operate in the face of surrounding regional ambitions.”

“The sectarian and partisan approach is not an acceptable alternative. The Arab world will not be led by Tehran or Ankara,” he added.

The Emirati official further wrote “the geostrategic competition taking place in the region calls for strengthened Arab [unity] with Riyadh and Cairo as its pillar.”

Earlier this month, UAE President Sheikh Khalifa bin Zayed Al Nahyan said his country and Saudi Arabia are forming a new all-out alliance as the existing crisis in the [Persian] Gulf Cooperation Council (GCC) has cast doubt over the future of the Arab bloc.

The remarks come amid the new diplomatic spat between Turkey and the UAE.

On December 16, UAE Foreign Minister Sheikh Abdullah bin Zayed Al Nahyan retweeted accusations that Ottoman forces led by Fakhreddin Pasha, who governed the holy city of Medina under the Ottoman Empire during World War I between 1916 and 1919, mistreated Arabs and stole treasures and manuscripts from Medina.

In response, Turkey announced its decision to change the name of the street in Ankara where embassy of the United Arab Emirates is located to Fakhreddin Pasha.

Turkey has also sided with Qatar since Saudi Arabia, the UAE, Bahrain and Egypt severed diplomatic ties with Doha on June 5, accusing the kingdom of sponsoring terrorism and destabilizing the region. Qatar denies the claims.

The four countries have also imposed a series of economic sanctions against Doha while barring Qatari aircraft from using their airspace. Qatar’s only land border with Saudi Arabia has also been blocked as a result.

There has been almost no sign that Qatari authorities would bow to a list of conditions drawn up by Saudi Arabia and its allies to restore diplomatic ties.

Among those conditions are the need for Qatar to downgrade its relations with Iran and expel foreign troops, including those from Turkey, from military bases in the country.

Following the embargo, both Iran and Turkey opened up their airspace and trade routes for Qatar and supplied food and other necessary data-x-items to the Arab country.

Some Arab countries have also been concerned over the growing ties between Tehran and Ankara.

Turkey is cooperating with Iran and Russia to mediate the ongoing Astana peace talks between the Syrian government and opposition to help resolve the six-year crisis in the country.

This is while the Syrian opposition and militant groups, supported by Saudi Arabia and certain Arab states, have failed to reach a unified stance and continue to lose grounds amid the ongoing military achievements of the Syrian government.