TEHRAN, December 28 - China’s foreign ministry accused the American and German embassies on Thursday of interfering in its affairs after they objected to the prosecutions of an activist and a lawyer who handled sensitive cases. 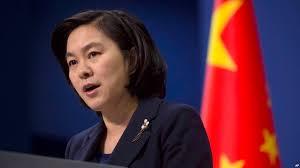 Wu, who criticized Chinese officials online, was sentenced Tuesday to eight years in prison on subversion charges. Xie was convicted of inciting subversion but spared a prison term after he admitted committing the offense.

“The embassies of those two countries are diplomatic missions, which have no right to point the fingers at China’s internal affairs and judicial sovereignty,” Hua said.

“We hope the relevant embassies can have a clear understanding of their duties and do something to help improve mutual trust, mutual understanding and cooperation, not the opposite.”

The embassies’ statement criticized the “serious mistreatment” of Wu and Xie in detention.

“We urge Chinese authorities to view lawyers and rights defenders as partners in strengthening Chinese society through development of the rule of law,” the statement said.

Wu, who called himself the “Ultra Vulgar Butcher,” was among the first activists and lawyers caught up in a government crackdown that began in 2015. His one-day trial was held in August.

Activists such as Wu focused on individual cases instead of challenging Communist Party policy at the national level, making them a greater headache for local officials than for Beijing. But their ability to organize people apparently made authorities nervous.