TEHRAN, December 28 - Dozens of 12th-grade students said they are refusing to be drafted into the IDF in protest over what they say is “the army’s implementation of a racist government policy that violates human rights.” 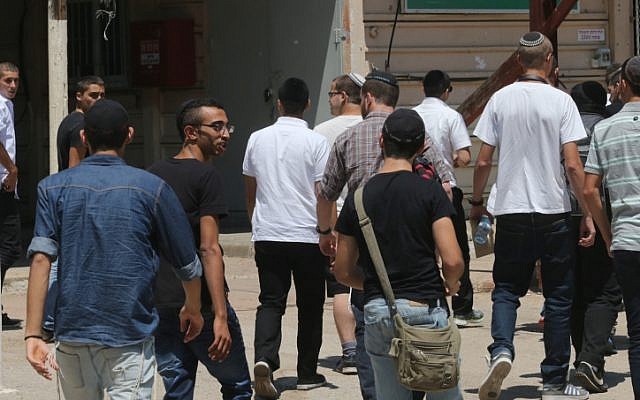 It calls on all Israeli high-schoolers to join them in refusing to be drafted until the occupation in the West Bank is ended.

“The army implements a racist government policy that violates basic human rights and carries out one law for Israelis and another law for Palestinians in the same territory,” the letter charges.

“Therefore we have decided not to take part in the occupation and oppression of the Palestinian nation, which has divided human beings into two antagonistic camps. This ‘temporary’ situation has gone on for 50 long years now, and we won’t contribute to it.

“We will refuse to serve in the army out of a commitment to the values of peace and with the knowledge that there is another reality we can create together. We say to the rest of the country’s [12th-graders], will your military service really help bring about that reality?”

The signatories say the government is engaged in inciting Israelis against Palestinians and Israel’s Arab citizens.

“An entire nation is living under institutionalized incitement directed against Palestinians on both sides of the Green Line, and we are here – young men and women from different parts of the country and different social backgrounds – refusing to believe the systematic incitement or participate in the government’s oppressive and occupying arm.”

The letter echoes the famous petition of the “12th graders,” a group of high-schoolers who sent a letter to then prime minister Golda Meir in 1970 expressing their opposition to serving in the West Bank, which Israel captured in the 1967 Six Day War.

One signatory, Inbal Vardi, a student at a bilingual Hebrew-Arabic high school in Jerusalem, explained in a Thursday interview with Israel Radio that the letter constituted “a refusal to take part in this circle of violence, and somebody needs to take responsibility and say enough. We are not prepared to take up guns anymore.”

Her parents support her decision, she said. “It could end in jail, I hope not, but it could.”

According to Ynet, the signatories plan on taking to the streets to recruit more high schoolers to their cause.