TEHRAN, December 29 -The idea of a federal Europe as touted by the chair of Germany’s SPD party has failed to win Scandinavians or Britons, but fared well in France and Germany, where some 30 percent are in favor of the concept, a new poll has found. 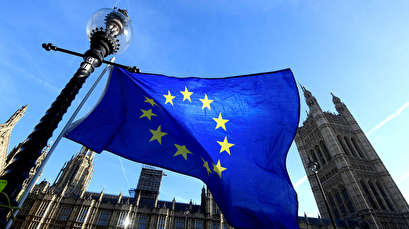 TEHRAN, Young Journalists Club (YJC) -The idea of a federal Europe as touted by the chair of Germany’s SPD party has failed to win Scandinavians or Britons, but fared well in France and Germany, where some 30 percent are in favor of the concept, a new poll has found.

Results of a YouGov poll, released Thursday, show the majority of respondents in the countries surveyed – Germany, France, Sweden, Finland, Denmark, Norway and the UK – are not yet ready to embrace the rather bold concept of a United States of Europe. The architect of the proposal, Chairman of Germany’s Social Democratic Party (SPD) and former European Parliament President Martin Schulz has been dubbed “a Europe radical” for espousing such an idea.

The concept least appeals to those living in the affluent countries of Northern Europe. Only 13 percent of Swedes and Finns, and just 12 percent of Danes and Norwegians backed the notion of a Europe bounded by a constitutional treaty. Over half of the Finns and Swedes rejected the project outright, while 48 percent of respondents in Sweden and Denmark disapproved of it. The thought of shedding part of its hard-won sovereignty reclaimed by Brexit apparently means the Brits have no appetite for such a move either, the poll showed, as only 10 percent of the 1,692 Britons surveyed supported Schulz’s federalist proposal and 43 spoke against it.

In contrast, the idea appeared to have more a less struck a chord with the citizens of the EU's two powerhouses, Germany and France. Some 30 percent of Germans support the idea compared to the 33 percent who do not.

In France, some 28 percent favored the idea against 26 who disagreed with Schulz. Notably, it is the only state where more citizens supported the proposal than rejected it, albeit by a slight margin.

The poll was conducted between 13-19 December and a total of 8,138 people were surveyed.

The idea floated by Schulz at a party congress in December is in fact a revival of failed consolidated constitutional projects of the early 2000s. The last attempt to turn Europe into a kind of a federation crumbled in 2005, when the Netherlands and France refused to ratify the 2004 Treaty Establishing a Constitution for Europe.

Outlining his vision for Europe, Schulz said a European Constitutional Treaty must be drafted by European nations and then put to a vote at a constitutional convention, comprising civil society groups and ordinary citizens. As far as the countries who refuse to participate are concerned, they should simply be kicked out from the EU, said Schulz. Once the draft is ready it will “be presented to member states, and those who are against it will simply leave the EU,” he said, referring in particular to Poland and Hungary.

The proposal immediately courted controversy and drew criticism within the German establishment. It has been rejected by Angela Merkel’s Christian Democratic Union (CDU), who is presently struggling to forge a coalition with Schulz’s SPD after a poor election performance by both the mainstream parties.

The head of the Christian Social Union (CSU) faction in the German federal parliament, Alexander Dobrindt, denounced the suggestion as“radical.”“Someone who wants to create the United States of Europe by 2025, who wants to dissolve nation states in the next seven years, and who wants to throw anyone who doesn’t submit to this dictate out of the EU, must be called a Europe radical,” Merkel’s Bavarian sister party representative said at the time.

Meanwhile, according to another poll, commissioned by the Funke media group, Schulz has been dubbed by Germans as the worst politician of the year, with a staggering 67 percent of respondents having a negative opinion of his achievements. Merkel landed third place, behind the chairman of her Bavarian sister party, the CSU, with 53 percent of Germans disapproving of her record.