TEHRAN, December 29 -US Ambassador to Russia, Jon Huntsman, has been handed a proposal for Washington and Moscow to exchange guarantees of non-interference in each others internal affairs, Russia’s Foreign Ministry spokeswoman has said. 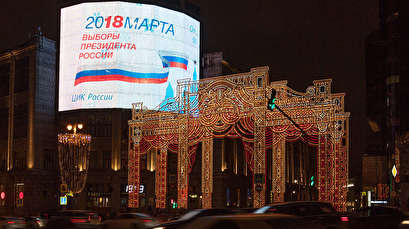 TEHRAN, Young Journalists Club (YJC) -US Ambassador to Russia, Jon Huntsman, has been handed a proposal for Washington and Moscow to exchange guarantees of non-interference in each others internal affairs, Russia’s Foreign Ministry spokeswoman has said.

The memorandum, in which Russia’s “readiness to exchange letters or other forms of guarantees of mutual non-interference into electoral and other internal political processes, was again confirmed,” and forwarded to Huntsman on December 21, Zakharova said. “The matter now lies with the American side,” she stated, adding that the media should engage US officials for further comment.

Russia underlined “the long-standing and systematic aspirations of Washington to influence what ishappening in our country in its own interests,” Zakharova said of the proposal.

It is not the first attempt by Moscow to formalize non-interference between the US and Russia. Similar suggestions were voiced repeatedly after “absolutely groundless accusations of a certain Russian influence in the presidential election in the US in 2016 began to unravel,” the spokeswoman told journalists at a briefing in Moscow.

The non-interference provision was also contained “in the draft of the joint statement by Russian and the US presidents, prepared for the G20 summit in Hamburg in July 2017. However – and I think you won’t need a second try to guess this right – the Americans refrained from adopting such a document,” Zakharova said.

“Washington showed that they don’t want to make any commitments. Of course, it looks like a desire to reserve the right to interfere in the affairs of others,” she added. The foreign ministry spokesman slammed the US over recent claims that Russian authorities were “pressuring potential presidential candidates” in the election, scheduled for March 18.

Earlier this week, US State Department spokesman, Noel Clay, told TASS that Washington was “concerned” by the decision of the Russian Central Elections Commission to reject the application of anti-corruption activist, Aleksey Navalny. Russian law, explicitly bars people with unserved lengthy prison sentences from participating in presidential polls. Navalny was handed a five-year suspended sentence for embezzlement in 2014, and another five-year suspended sentence in 2013 for fraud.

“Such statements by the State Department are a direct interference into the electoral process, the internal affairs of a sovereign state,” she said. “It remains unclear on what grounds US officials believe that they are entitled to assess the internal political processes of other countries,” said Zakharova.