TEHRAN, December 29 - U.S. President Donald Trump claimed he had “been soft” on China on trade issues and said he was not happy that China had allowed oil shipments to go into North Korea. 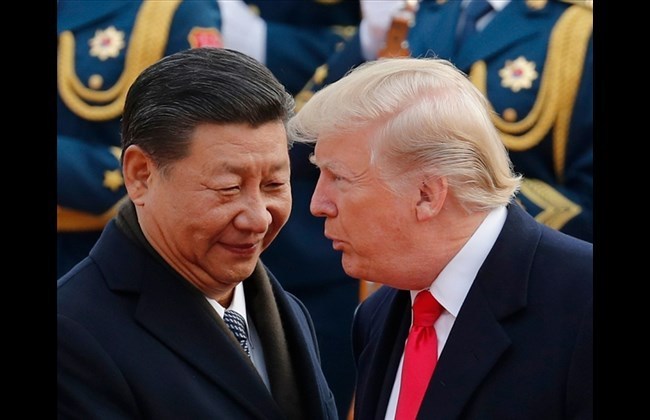 TEHRAN, Young Journalists Club (YJC) - “I have been soft on China because the only thing more important to me than trade is war,” Trump said in an interview with The New York Times.

Earlier on Thursday, Trump said on Twitter that China has been “caught” allowing oil into North Korea and claimed such moves would prevent “a friendly solution” to the crisis over Pyongyang’s nuclear program, Reuters reported.

“Caught RED HANDED - very disappointed that China is allowing oil to go into North Korea. There will never be a friendly solution to the North Korea problem if this continues to happen!” Trump wrote.

“When I campaigned, I was very tough on China in terms of trade. They made — last year, we had a trade deficit with China of $350 billion, minimum. That doesn’t include the theft of intellectual property, O.K., which is another $300 billion,” Trump said, according to a transcript of the interview, Reuters said.

“If they’re helping me with North Korea, I can look at trade a little bit differently, at least for a period of time. And that’s what I’ve been doing. But when oil is going in, I‘m not happy about that.”

China earlier on Thursday said there had been no U.N. sanction-breaking oil sales by Chinese ships to North Korea after a South Korean newspaper said Chinese and North Korean vessels had been illicitly linking up at sea to get oil to North Korea.

An official of the U.S. State Department said the U.S. government was aware of vessels engaged in such activity involving refined petroleum and coal.

“We have evidence that some of the vessels engaged in these activities are owned by companies in several countries, including China,” the official said, speaking on condition of anonymity.

U.S. officials have not confirmed details of this report.