TEHRAN, December 29 - At least nine people, including an Egyptian police officer, have been killed in an incident where a gunman attempted to attack a Coptic church in southern Cairo. 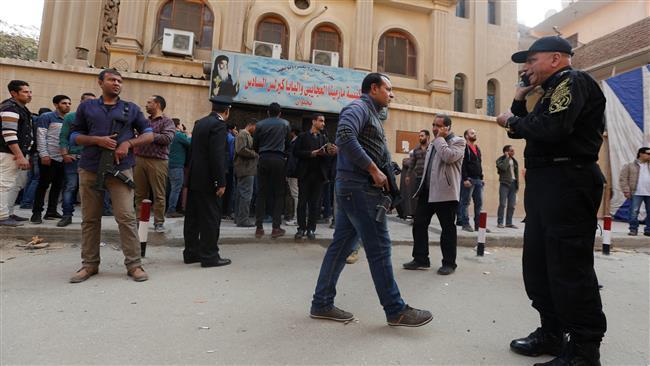 TEHRAN, Young Journalists Club (YJC) - Egypt's Interior Ministry said in a statement that security forces injured and arrested the gunman, thwarting his attempt to storm the Coptic Church of Mar Mina in the Helwan district of the capital on Friday, AFP reported.

The statement further said that two people were killed when the gunman opened fire on a store before heading toward the church. Seven other people, including the officer, were killed in the shooting that followed the attack on the store.

According to the statement, an assault rifle, 150 rounds of ammunition and a bomb were seized from the attacker.

The Egyptian Health Ministry, however, made a different account of the incident.

A video circulated on social media after the attack appeared to show the bearded gunman lying in the street handcuffed.

Earlier reports said the shooting had been conducted by two gunmen and one of them had been shot dead by security forces, while the other had been arrested.

The shooting in Cairo comes ahead of Christmas for the Copts, who celebrate it on January 7.

Egypt’s Coptic Christians have been the target of several terrorist attacks in the past months.

Nearly 30 people were also killed in an attack on a church in the capital on December 11, 2016. The Daesh Takfiri terrorist group claimed responsibility for the assault. The terrorist group has vowed that it would continue to target Christians, who make up about one tenth of Egypt's population of more than 92 million.