TEHRAN, December 29 - At least 31 people have been injured after a grenade exploded at a popular nightclub in Colombia. 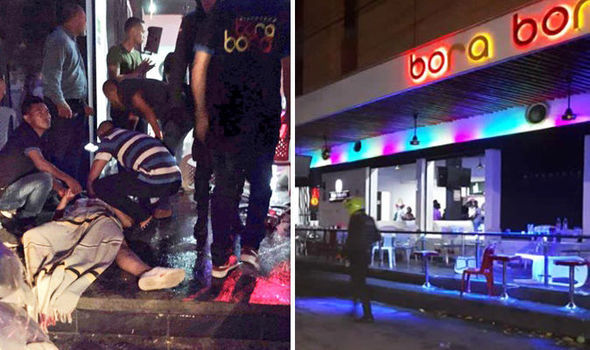 TEHRAN, Young Journalists Club (YJC) - The device was launched at the Bora Bora nightclub in Caucasia, Bajo Cauca Antioquia, in the early hours of Friday morning.

According to local media, at least 13 people sustained serious injuries as the explosion ripped through the packed venue.

Police said it was launched by a member of the Gulf Clan, one of Colombia's most powerful drug gangs, who fled on a motorbike.

A man and a woman are reported to have been arrested in connection with the incident, but neither have been identified.

Some clubgoers were injured in a stampede as they tried to leave the scene of the attack, which took place at around midnight.

The victims were rushed to the Cesar Uribe Piedrahita hospital in the same town, where they are receiving treatment.

Dramatic pictures from the scene show casualties being treated on the ground by passers-by and paramedics.

Gulf Clan has been locked in a long-running conflict with authorities, and has been accused of murder, extortion and forced disappearances.

Gulf Clan's second-in-command, known only as Gavilan, was killed in August following a joint police and military operation.