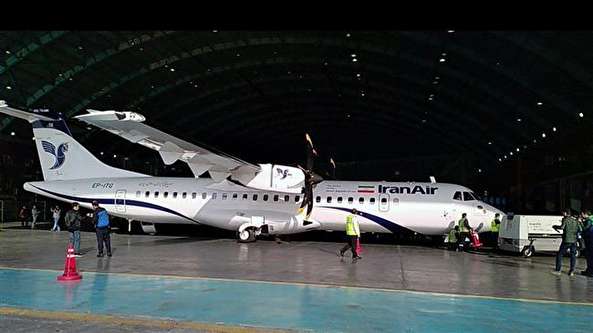 The ATR 72-600 planes were handed over at Franco-Italian planemaker ATR’s Toulouse headquarters Friday night. They landed in Tehran at 9:51 hours (0621 GMT) following a stop in Athens for refuelling, IRNA reported.

The aircraft are part 20 ATR 72-600s which flag carrier Iran Air signed early this year as part of the country’s bid to rebuild its aviation fleet after years of sanctions.

Iran took delivery of the first four ATR aircraft in May and two more in September, with the rest due to be handed over to the country by the end of 2018.

The 70-seat planes are aimed at underserved local economies, used in flights over a maximum distance of 1,528 kilometers. They will be operating among regional cities as part of a commercial plan, covering a populous crescent straddling Iran’s northwest and northeast.

Iran’s aviation officials have said the ATR fleet may be based in the Caspian city of Rasht to connect small towns to big cities such as Tabriz and Mashhad in Iran and the Azerbaijani capital of Baku.

Iran Air’s deal with ATR includes options for a further 20 aircraft and a training program for Iranian pilots and engineers.

Iran is also renovating its aging fleet for international or long-distance flights under deals signed with Airbus and Boeing to buy a total of 180 passenger jets.

The country has so far received three Airbus jets - one Airbus A321 and two Airbus A330 - and will get another by year-end. The first Boeing is due around May 2018.

The deals were struck after trade reopened under a deal between Tehran and major powers to ease sanctions in exchange for restrictions on Iran’s nuclear energy program.

The deal with Boeing, signed in December, is for the purchase of 80 passenger planes. In January, Iran Air also signed agreements to buy 118 planes from Airbus, before cutting the number to around 100.

Given the type of the orders, the total value of the three contracts for the purchase of 200 aircraft from Airbus, Boeing and ATR is less than $18 billion.