‘Quds for us’ exhibition proceeding in Cairo

TEHRAN, December 31 - The Museum of Islamic Arts in Cairo, Egypt, has organized an exhibition titled “Quds for Us” on the occasion of the 114th anniversary of its establishment. 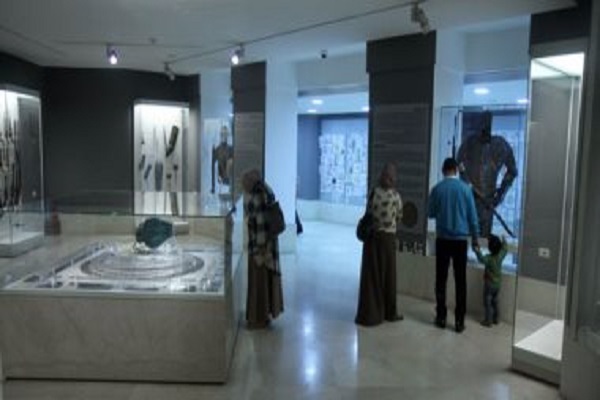 TEHRAN, Young Journalists Club (YJC) - Ilham Salahuddin, head of the Office for Museums of Egypt’s Ministry of Antiquities, said the exhibition was opened on the sidelines of a ceremony held to mark the occasion.

Mamdouh Othman, director general of Cairo’s Museum of Islamic Arts, said 21 pieces of artworks and 30 coins belonging to Palestine have been put on display at the expo.

He added that the one-month exhibition highlights the role and importance of Quds in history and its status in the Arab world.

Some of the data-x-items on display at the exhibition have descriptions in Braille for the visually impaired, he noted.

Othman added that an exhibition of traditional artworks, handicrafts and paintings and Tawasheeh performances are among other programs of the museum on the occasion.

The Museum of Islamic Art in Cairo is considered one of the greatest in the world, with its exceptional collection of rare woodwork and plaster artefacts, as well as metal, ceramic, glass, crystal, and textile objects of all periods, from all over the Islamic world.

In recent years, the museum has displayed about 4,500 artefacts in 25 halls, but it houses more than 100,000 objects, with the remainder in storage.

The collection includes rare manuscripts of the Quran, with some calligraphy written in silver ink, on pages with elaborate borders.